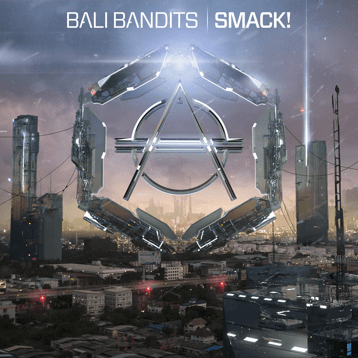 The Bali Bandits strike again! Known for their upwinding, bass heavy house gems, the Amsterdam duo does it once more with brand new single 'SMACK!', out now on Don Diablo's HEXAGON imprint!

It's been a year since these Dutch rascals called Bali Bandits started making some fresh moves. Making music for a while already, their new approach to music production already led to several ID tunes turning club/festival favorites, including enthused DJ support at festivals like Ultra, Coachella and EDC.

As these tracks hadn't been officially released yet, their recent single 'Toink' was the first track in this new productional jacket that saw the light of day through a label. Released on HEXAGON, the track was premiered by HEXAGON label boss Don Diablo during his performance at Ultra Music Festival, Miami, while other renowned artists also played the record to bits.

'SMACK!'
Now, after this first success, the Bali Bandits return with 'SMACK!', another firestarter filled with groovy bass chords and bouncing synths. It's a track that saw the same amount of DJ support, including Oliver Heldens, Dimitri Vegas & Like Mike, W&W, R3hab and KSHMR.

Bali Bandits know how to describe it better than anyone else: "We're back with our track 'SMACK!', better than a tasty snack!”