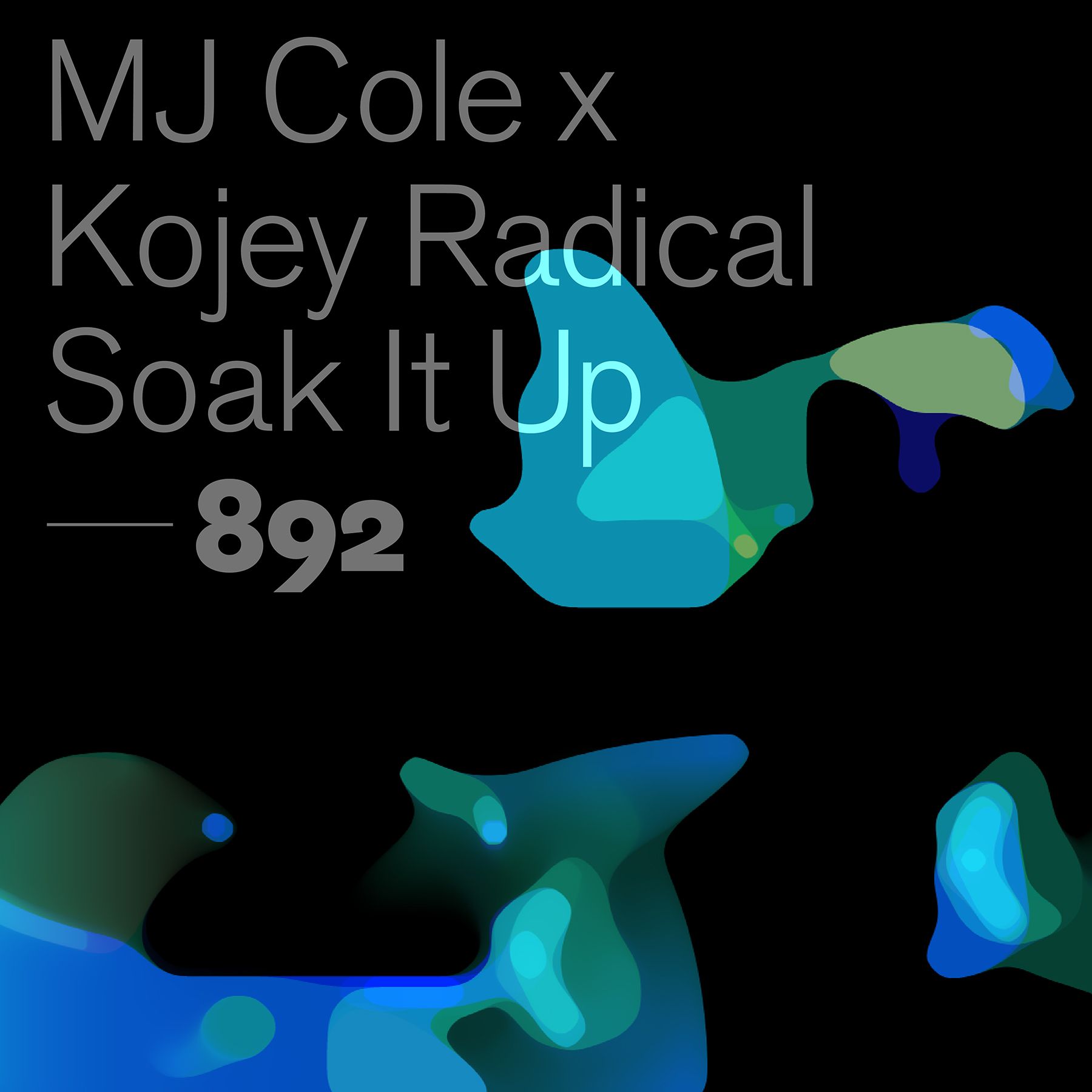 UK underground music pioneer MJ Cole has teamed up with East London based rising rapper Kojey Radical for an instant classic and dose of magic called “Soak It Up”. Premiering today via TRENCH, this dream collaboration is a meeting of creative minds of both a highly coveted producer and songwriter, and one of UK rap's most eloquent and unapologetic emerging stars.

Emerging first as an instrumental, Soak It Up grew surprisingly quickly. Improvising at the piano always leads somewhere fruitful for me. The original piano recording was noisy, but in a good way with the sound of the piano hammers and fingers on the keys really suggesting a warm, cosy musical situation. The track starts out with a homemade sample and opens out into vocals from Kojey Radical which describe an ongoing relationship in turmoil. There’s love in the song but also recognition of the gripes and annoyances on each side. It was a real vibe putting it together.

In advance of the single’s release, MJ Cole flipped the traditional roll out on its head and gave away each of the parts for free. Starting Sunday 18th March, MJ Cole dropped the pianos & samples, synths & strings, bass & drums and finally, the vocals & magic dust day by day to give listeners the chance to soak the track up gradually, and for producers to get creative. To grab the parts, head HERE.

Speaking to FACT on the project, MJ Cole said:

“I thought it would be interesting to see what people could make given the same tools. I send out and receive parts for remixes all the time – but this time round I wanted to open it out to the world and see what comes back. And for non-music makers I hope it’s interesting to see each layer of a track individually before you know what it’s going to sound like as a whole.”

Working out of The Gin Factory in Farringdon – a creative hub for some of the country’s most prolific producers and musicians which he built – MJ Cole has been busy collaborating with a range of artists including vocalist Bruno Major, rising rapper Avelino and emerging grime artist AJ Tracey. This most recent project with Kojey Radical is further indication that Cole is one of the most unique and consistent producers since ‘Sincere’ and follow up ‘Crazy Love’ and is now a mastermind for bringing through new talent.

With further accolades including previous releases on Disclosure’s Method White label, having written and produced for Mary J Blige and collaborated with the Godfather of grime Wiley; 2018 is set to be an even bigger year for MJ Cole who’s rumored to be working on a major recording and live project.