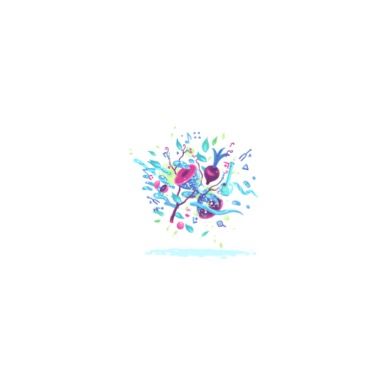 Here’s the latest release from Soda Island – an online collective of producers from across the world who collaborate to create their own brand of bubbly, futuristic beats.

Soda Island cofounder RefraQ has unveiled his ambient, fluttering “Soda Ritual.” The spacey tune takes listeners on a sinuous journey through Soda Island, illustrating the importance of a ‘Soda Ritual’ as explained by the Island’s founders below:

A Soda Ritual occurs in the middle of the night in the center of Sugarcane village by the blufire. All the island's inhabitants gather to partake in the sodance which continues until the Necromancer is summoned. During the sodance, particles with various chemical and alchemical elements vibrate simultaneously at certain frequencies, generating sounds and colours outside the conventional visible and audible spectrum. Those emissions can be harvested by the Necromancer and condensed into audio potions. These potions can be later combined at a Sodian's own risk to generate new compositions, which can be used for storage, transport or research purposes.

Although the island’s inhabitants have never met face to face, Soda Island has been a bastion of artistic expression for its seven founding forces.