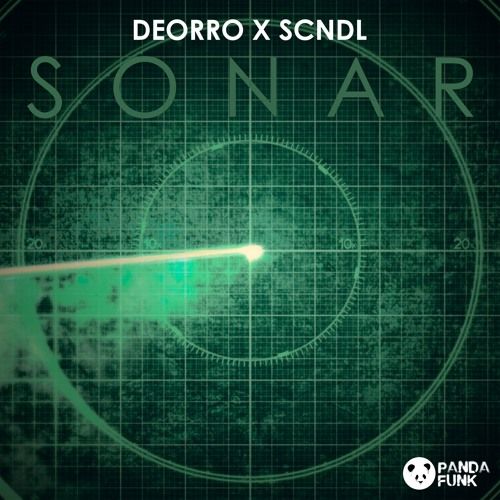 Since introducing his new "hard bounce" style sound last year, Deorro has hardly paused in his steady stream of successful releases on imprints like Panda Funk and Dim Mak. His latest release is the heavy-hitting "Sonar" with Australian duo SCNDL, which combines the best elements from both Melbourne bounce, hardstyle and drum'n'bass. Synthesized piano chords comprise the dreamy, digital breakdown that leads to a frenzied, high-energy bassline that makes "Sonar" an absolute dance floor slayer. "Sonar" is certainly not for the faint of heart, but this is one track that will be on constant rotation at festival stages and clubs this summer. SCNDL's penchant for top notch electro productions complements Deorro's bouncy, dynamic style, so we hope this first collaboration will be one of many more. If you're one of the many music lovers descending upon Palm Springs this April, catch Deorro's set at Coachella and the Day Club at the Hilton's pool party on April 14th.

American producer Deorro is the perfect example of magnetic dynamism in music production. His impressive discography including a myriad of original tracks, from his early hits "Yee" and "Five Hours" to last year's "Rise and Shine" and more, as well as collaborations/remixes with Chuckie, Axwell, Krewella, Laidback Luke, Carnage, Diplo, Tommie Sunshine, and more. Last year, he took listeners on the ultimate journey with his incredibly successful full-length album, "Good Evening," a 24-track pilgrimage that showcased many versions of Deorro's style. "It's more than an introduction to a creative mind, it's a story of sound and feeling," quoted Billboard of the album. His prowess behind the decks have earned him headlining spots at some of the world's craziest festivals and clubs, like Coachella, Ultra, Lights OFF, and Electrobeach. Now with a renowned debut album under his belt and more new music on the way, the future is looking very bright indeed for Deorro.