Illenium & Kerli - Sound of Walking Away 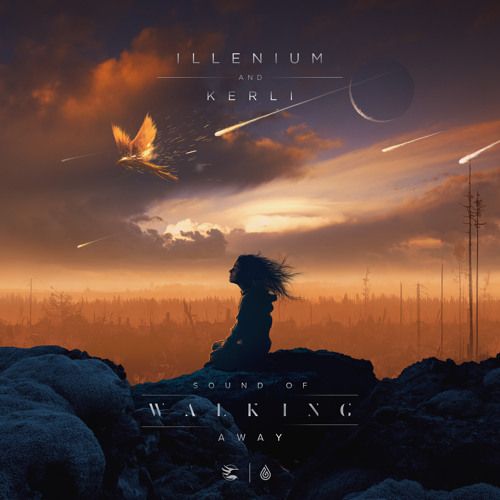 Illenium & Kerli - Sound of Walking Away

Fresh off the release of his massive collaboration 'Feel Good' with fellow melodic dance producer Gryffin and Grammy Award winning vocalist Daya, Illenium has returned with 'Sound Of Walking Away', out now on Seeking Blue / Kasaya. Sure to impress core fans of both Illenium and Kerli, the two have linked on yet another colossal track streamable via the link below.

Nick Miller, better known to the world as charting DJ/Producer Illenium has been on a steady rise to acclaim since his 2013 debut. Now touring the world performing his multi-million stream remixes and originals, the Denver-based creator has another hit on his hands with 'Sound Of Walking Away'. A collaboration with Estonian vocalist Kerli, the track builds on a steadily climbing acoustic guitar, ultimately breaking with a signature robust Illenium drop. Kerli's voice is instantly recognizable, as fans may know her from her work with Seven Lions, Benny Benassi, and SNBRN, along with her extensive catalogue of originals and award winning music videos. The talented singer and songwriter is no stranger to versatile production, having crafted everything from Billboard #1 hits to dubstep infused deep cuts. This co-write with Illenium is laced with powerful emotive chords and soaring vocals, and 'Sound Of Walking Away' (a cut off Miller's upcoming album) will be an immediate favorite of Future Bass and Progressive Dance fans alike.

Fans can catch Illenium live all across the United States, starting in May at The Masquerade with fellow Bass producer, Said The Sky. 'Sound Of Walking Away' will surely see heavy play throughout his sets, along with his stacked catalogue of unique remixes and formidable original productions. Follow Illenium, Kerli, Seeking Blue, and Kasaya via their socials below, and grab tickets for all Illenium shows here!