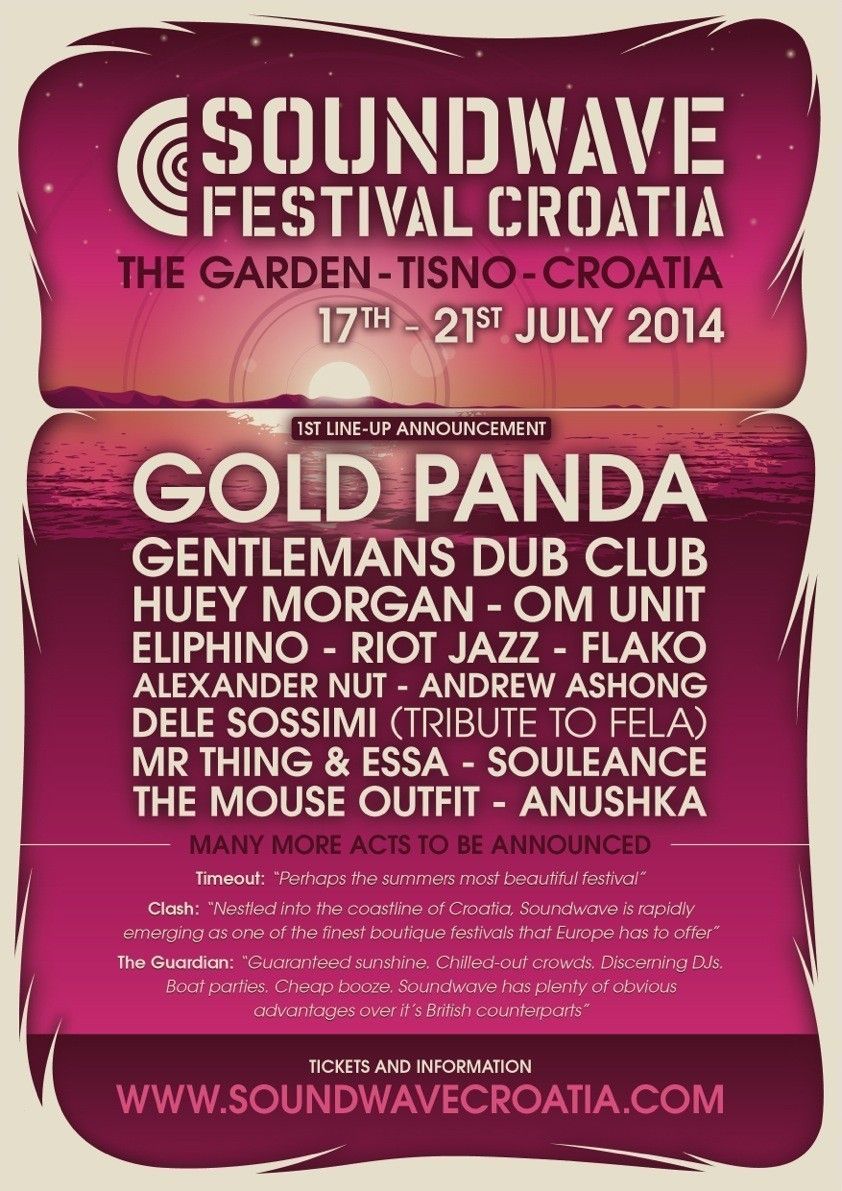 Set in a secret cove at the heart of the Dalmatian Coast of Croatia, the idyllic fishing town of Tisno is a beautiful backdrop to one of Europe’s finest independent festivals. This sun-drenched area of Croatia sits just slightly away from the incredibly beautiful Krka Waterfalls (National Park).

Heralded as one of Europe’s Best Music Festivals by The Independent, Soundwave Festival Croatia makes the most of it’s bountiful setting year on year with its boat parties, beach stages and club nights for a long weekend of guaranteed sunshine in the aptly named ‘The Garden’.

Gold Panda lead the way for the first line up announcement this December, who made headlines in 2013 after the release of his critically acclaimed ‘Half Of Where You Live’. Gentleman’s Dub Club and Huey Morgan also feature, alongside standout performers from last years festival; Om Unit, Eliphino, Riot Jazz and Andrew Ashong; Om Unit’s ‘Threads LP’ looks set to fill many Best Of lists come the end of the year and Ashong’s Theo Parrish produced hit ‘Flowers’ has already started reigning in accolades as 2013’s stand-out track, as he approaches his debut album. Rounding up a typically diverse Soundwave line-up are Anushka and Dele Sossimi, the latter set to deliver a tribute to the legendary Fela Kuti.