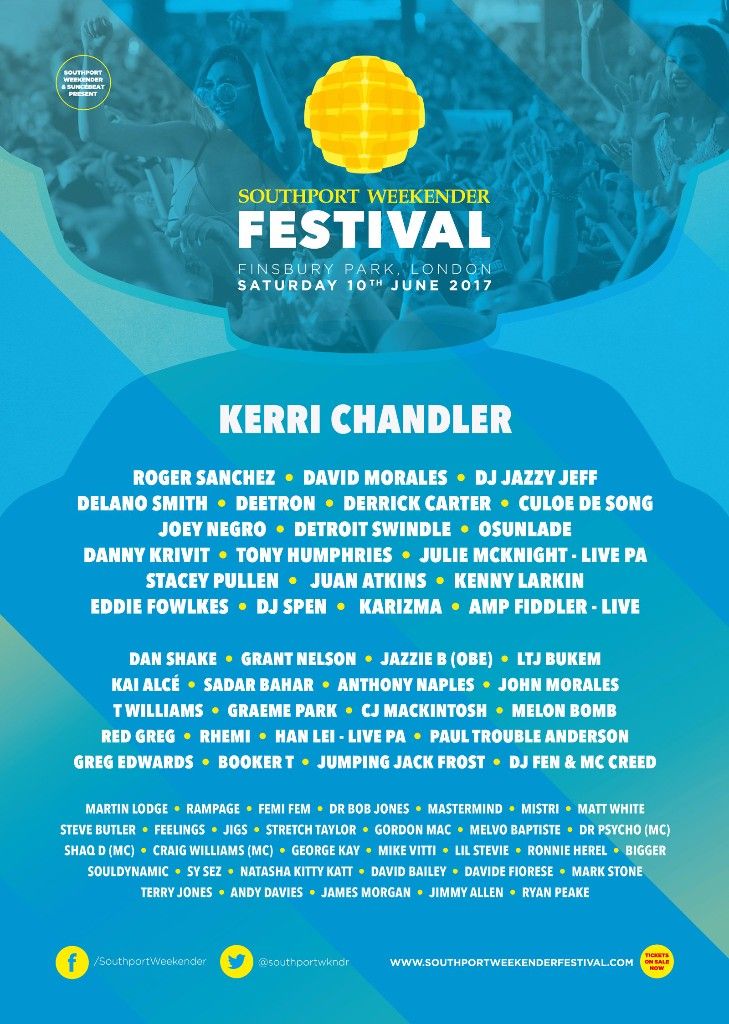 Having bid an emotional farewell to their longstanding event series back in 2015, the team behind Southport Weekender has announced its return with a one-day festival on Saturday 10th June at London’s Finsbury Park. Hailed as ‘the world’s friendliest party’ and one of the UK’s most musically diverse, Southport Weekender’s London debut symbolises thirty years in the making – and offers a line-up produced with love, care and an unrivalled wealth of event experience.

Setting the tone for what’s set to be a masterclass in house, soul, R&B, garage and disco, one of the most respected producer’s in the electronic music scene, Kerri Chandler is amongst festival headliner’s as well as the much-loved DJ Jazzy Jeff. Native New Yorker’s Roger Sanchez, David Morales, Danny Krivit and Tony Humphries continue to head up a host of stateside pioneers on the bill, with the likes of Delano Smith and Derrick Carter also confirmed. Techno originator Juan Atkins and the sincere talent of Osunlade will deliver their game-changing sounds, while Dan Shake signifies a new wave of talent inspired by this classic house sound.

With an endless supply of crate diggers, award winners and genre pioneers lined up to celebrate Southport Weekender’s long-awaited return, its debut in the capital is set to bring a breath of fresh air to the 2017 festival calendar. Backed by a passionately loyal fanbase that’s team also curates SuncéBeat festival in Croatia, on the announcement of Southport Weekender’s return alone, VIP tickets are already sold out and general admission tickets are currently on second release – priced at an extremely reasonable cost of £35. A real landmark in this clubbing establishment’s trajectory, Southport Weekender 2017 is one to certainly not be missed.