Space Ibiza is preparing for the Closing Fiesta 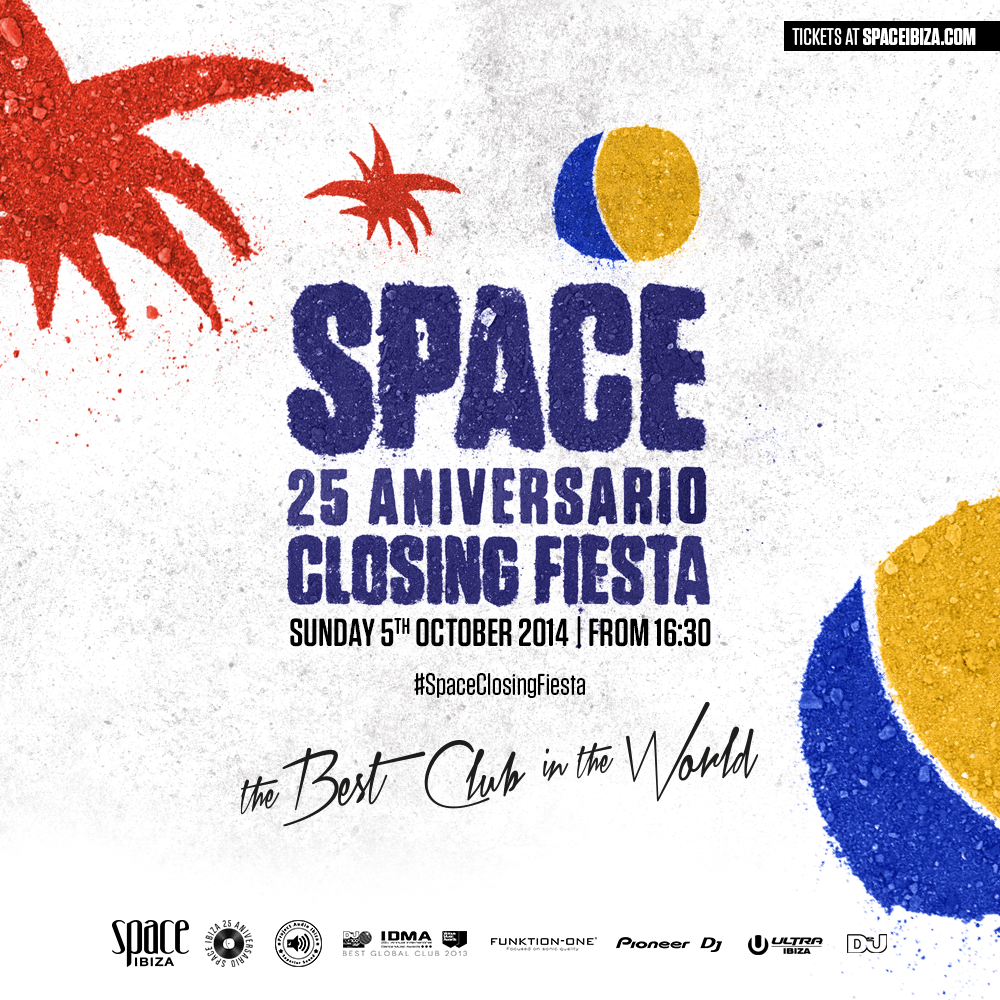 Space Ibiza is preparing for the Closing Fiesta

Year after year two conflicting feelings are mixed when approaching October. The first, to enjoy one of summer’s most anticipated closures with a lineup and production level that is the most referenced in Ibiza. While the latter is directly linked to the sadness of saying goodbye to the season. An exciting bomb of sensations will explode on October 5th with the Space Closing Fiesta that will be the most special from the prior.

The Space Closing Fiesta this year is preceded by a massive opening and moving celebration of the 25th Anniversary of the club, which also marks the end of the 2014 season. The essence, its people, traditions, places and spirit of Ibiza will be the ultimate key parts of this farewell that is dedicated to the residents of the island.

The presence of Pepe Roselló also had special relevance this season. A tireless and visionary entrepreneur with a special artistic talent, has supported many of the DJs who are now known worldwide. In addition, his supportive involvement with sports and social associations of the island, make him loved by all and indispensable for understanding the development of the club named best in the world.

For this Space Closing Fiesta, six areas will be open, including the most favorite stage by attendees, the outdoor zone located in the rear of the club, which will be named the Ultra Ibiza Arena. This charismatic outdoor area that only opens during the Openings and Closings; and exceptionally during the last anniversary, will be the first to open at 4:30 in the afternoon. The Funktion One sound system and a spectacular stage production will be other aspects to note about this event that should be experienced at least once in a lifetime.

The lineup of artists that complete this anticipated event will be revealed in the coming days. For now we can only confirm that it will certainly be a Closing that will transform the sense of sadness to a musical joy. Be up to date with the latest news on our website and social networks. Buy your tickets for the Space Closing Fiesta because it is not the end, it’s the beginning of another chapter in the history of the best club in the world.