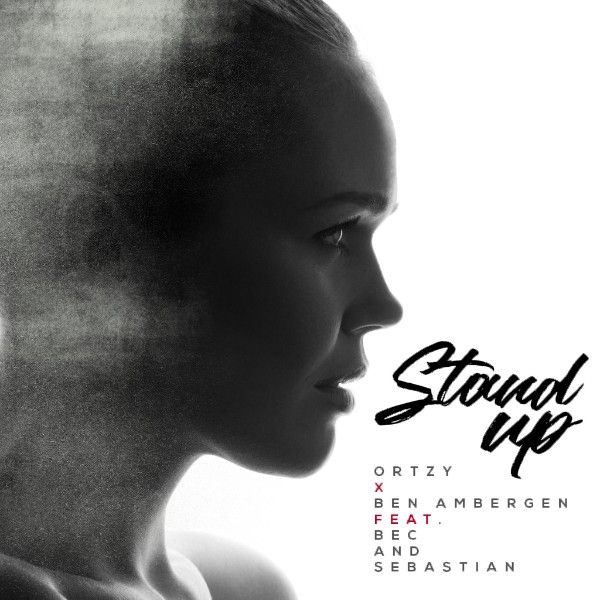 To walk away from a successful act, move to the other side of the world, and completely change musical direction, purely because that’s what your gut instinct is telling you, might sound like complete lunacy. Yet that’s exactly what former HIIOmember Ortzy has done.

His new single ‘Stand Up’, a collaboration with one of Portugal’s most exciting producers Ben Ambergen and featuring Australian vocalists Bec and Sebastian, may prick more than a few ears expecting to hear the previous big room EDM sound he became internationally renowned for. Instead, Ortzy turns his head towards the Future Bass genre, teaming with Ambergen to deliver a perfectly crafted dance floor bomb that harnesses huge, bouncing bass rhythms and dreamy, floating vocals, positioning the two against each other for a popping, energetic cut.

Already famous in his home nation of Portugal thanks to an incendiary 2016 closing set at legendary festival MEO Sudoeste, Ben Ambergen is a regular fixture on the Beatport Top 100 chart, and bagging the highly coveted ‘Demo Of The Week’ spot onHardwell On Air numerous times, his name and sound has become increasingly familiar to music fans around the world. Australian vocalists Bec and Sebastianreleased their self titled EP in 2016, making it to #14 on the iTunes pop charts. The Melbourne-based twins have performed alongside the likes of Megan Trainor, Li’l Kimand Clean Bandit, Owl Eyes and Bertie Blackman, and have swiftly established themselves as ones to watch over the course of 2018.

‘Stand Up’ follows hot on the heels of Ortzy’s earlier release on PM Recordings, ‘Press Repeat’. With more new music set to drop over the next couple of months, fans new and old can expect to hear a lot more from Ortzy as 2018 unfolds.

To catch up on all Ortzy’s latest music, visit www.soundcloud.com/ortzy.