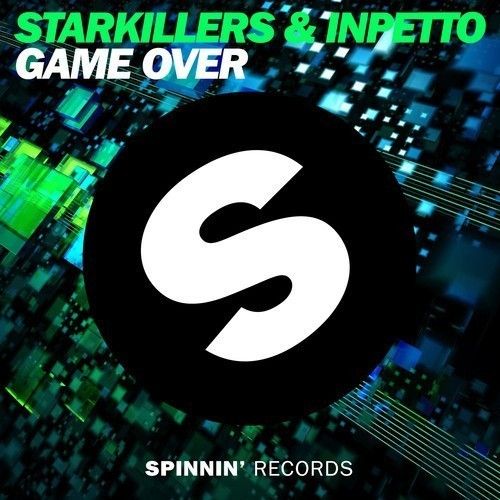 Starkillers new release with German duo Inpetto, ‘Game Over’ is set to be released on Spinnin Records on the 20th December. This collaboration with Inpetto marks the latest in a series of upcoming releases from the Los Angeles based house DJ.

Starkillers, known for his tough-edged electric sound coupled with Inpetto’s creative balance of power and beautiful melodies means that ‘Game Over’ stands out as a truly cutting edge piece of dance music. Starting with a hard hitting drum beat and energetic synth, ‘Game Over’ breaks down at the 30- second mark, as the power play is replaced with a contemplative sound before exploding into the high octane, dance charged sound that we know and love from Starkillers.

‘Game Over’ is sure to be a favourite amongst critics, peers and fans alike, especially at a time when a collaboration from artists belonging to the USA and Germany whose dance music scenes are continuing to come of age on a widespread scale. You can catch Starkillers in the run up to New Year at one of his USA tour dates, see below for tour dates.