Steve Aoki holds ‘Get Out The Vote’ performance for Hillary Clinton 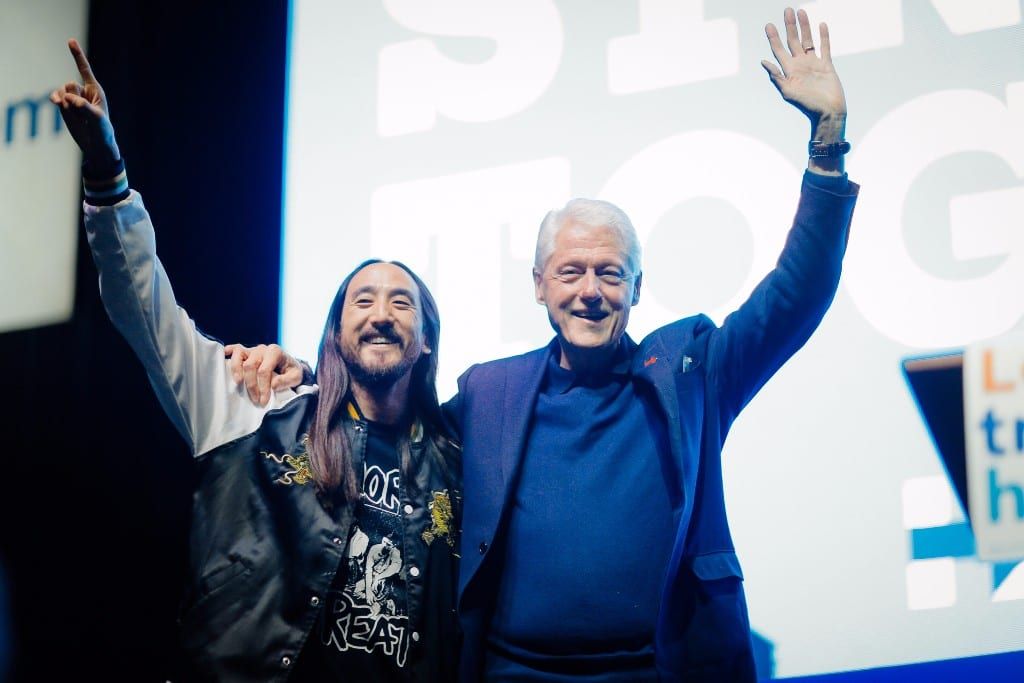 Steve Aoki holds ‘Get Out The Vote’ performance for Hillary Clinton

Days before Election Day, musician, producer and philanthropist Steve Aoki held a Get Out The Vote (GOTV) performance for Hillary Clinton and Democrats in Las Vegas as part of Hillary for America’s “Love Trumps Hate” concert series. Many recognizable faces were seen in the crowd, including former president, Bill Clinton.

At the event in Las Vegas, Steve urged Nevadans to support Hillary Clinton by voting early and turning out on Election Day.

About STEVE AOKI:
STEVE AOKI is a Grammy-nominated international producer/DJ, electronic dance music entrepreneur, and founder of the trendsetting record label, events/lifestyle company and apparel line Dim Mak. Since launching in 1996, Dim Mak has broken bands such as Bloc Party, The Bloody Beetroots, Klaxons, and The Gossip through deftly marketed single and full-length releases and now has nearly 500 releases to date. As a solo artist, AOKI has become a force of nature averaging over 250 tour dates per year. AOKI’s second artist album NEON FUTURE I, was released September 30, 2014 via Dim Mak/Ultra Music and features his Gold certified single “Delirious (Boneless)” with Chris Lake and Tujamo featuring Kid Ink, “Born To Get Wild” featuring will.i.am and “Rage The Night Away” featuring Waka Flocka Flame. The second part of his Neon Future album, NEON FUTURE II, was released on May 12, 2015 and features collaborations with Linkin Park, Matthew Koma, Snoop Lion, Rivers Cuomo and NERVO, plus a very special appearance by creative genius J.J. Abrams who voices the outro to close the album.  AOKI’s other current tracks include “How Else” featuring Rich The Kid and iLoveMakonnen, “Back 2 U” with Boehm featuring WALK THE MOON–which is smashing on the streaming front with over a million Spotify plays per week since its release in May and has been added to many Top 40 radio stations including Y100 in Miami-plus “Can’t Go Home” with Felix Jaehn featuring Adam Lambert. Steve Aoki is also the featured subject of the Netflix Originals documentary I’ll Sleep When I’m Dead, out now.