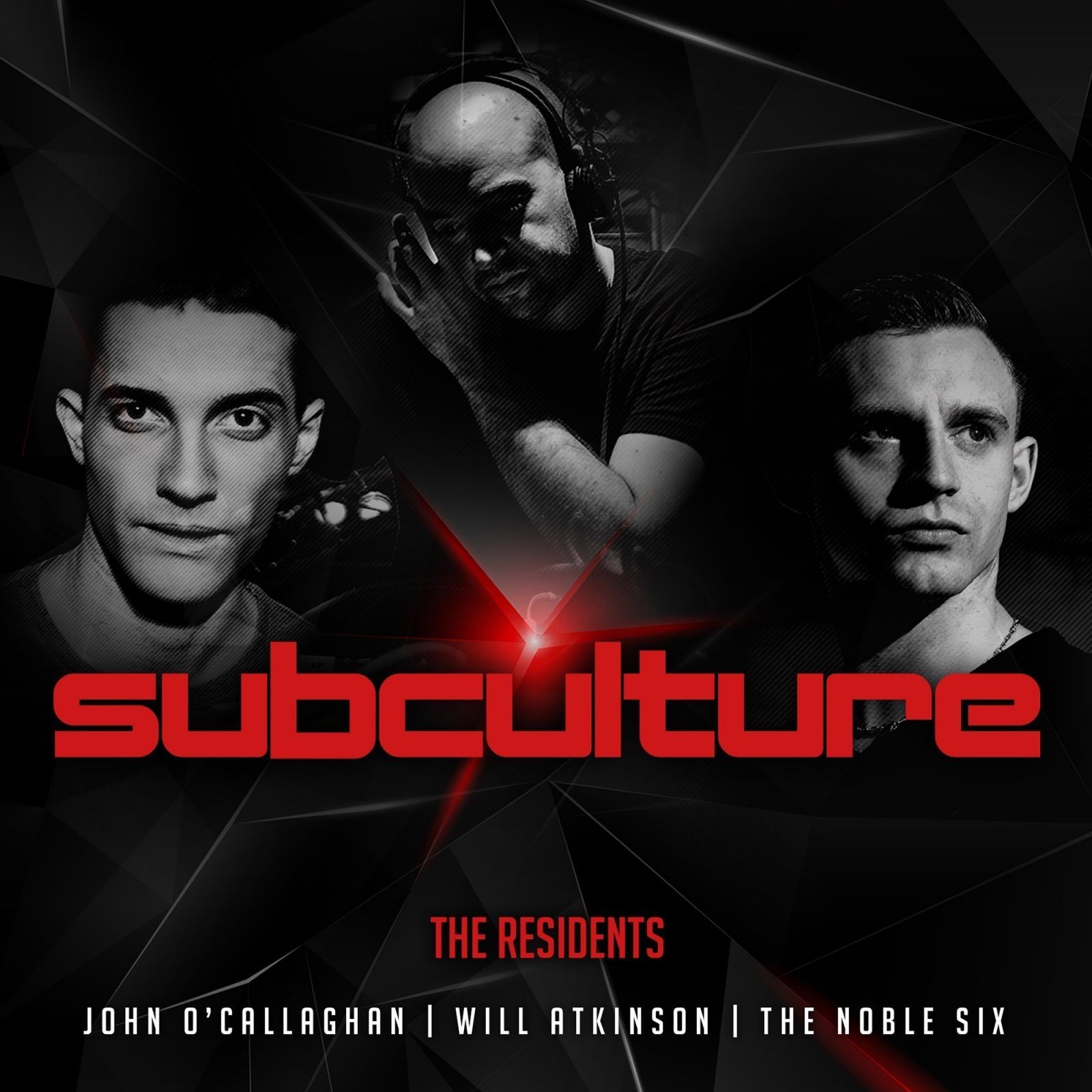 Subculture by name, now maybe more super-culture by nature, over its 5 ever-developing years, John O’Callaghan’s industrious marque has broadened to become a trance lover’s way of life. These days the name is a nucleus, around which is clustered a radio show, a 75-release-strong record label, continent-hopping tours, new talent development and mix-compilations.

On ‘Subculture – The Residents’, those first four elements unite to form the fifth… For this release, John is joined for comp mixing operations by bright young talents Will Atkinson & The Noble Six – fast emerging emissaries of Subculture studio & stage. Together they channel the best of the show, label, tours and talent into 3 sensational mixes – each maintaining its own individual audio code, while collectively enshrining the sound of Subculture.

‘The Residents’ contains music from a wide span of the trance producer’s establishment: Sean Tyas, Aly & Fila, Ferry Corsten, Giuseppe Ottaviani and Arctic Moon to name-check but a handful. There’s also plenty from its newer guard… Bryan Kearney, Sneijder, Neptune Project, Alex Di Stefano Standerwick and others provide a wealth of new, soon-to-be-club-bound fare, as do the mix-protagonists themselves.

‘The Residents’ is 240 minutes of trance shot through the Subculture prism… It arrives on November 17th.

Ranked, for the last 7 years straight, as 1 of the top 100 DJs on the planet, what John O’Callaghan doesn’t know about keeping a crowd on their toes with hands held high probably isn’t worth knowing. The Subculture master begins his ‘Residents’ mix in the netherworlds of progressive-trance… His own sonorous ‘Loading’, Guy J’s strobe-lit rework of ‘One Special Particle’ and Henrik Zuberstein (a masked O’Callaghan) darkly meditative ‘Caves’ feed Subculture’s deeper ether. The Joint Operations Centre remix of Mark Sherry’s ‘Live & Learn’ starts the trance ascent with some ‘Altitude Compensation’ from Aly & Fila, a ‘Plan B’ courtesy of Tyas & Ottaviani and Sied van Riel & Standerwick’s floor-buoyant ‘In A Perfect World’ all subsequently joining the charge. Latterly sounds from the nu-skool like Bryan Kearney Presents Karney’s ‘Say Nothing’ and Jordan Suckley’s ’Elation’ apex John’s mix.

With the first volume of ‘Subculture – The Residents’, John O’Callaghan says: “in all the areas it delivers music in, this year has again seen Subculture go from strength to strength. The release of ‘The Residents’ feels like a victory for good dance music and the perfect culmination to an amazing 2014, and all that Subculture stands for.”

Will Atkinson’s name has been quick to the lips of in-the-know trance-heads for several years now. The young Scotsman bookends his ‘Residents’ mix with compilation exclusives like ‘Harvester’ and ‘With Light’, while further locking down the midsection with a big Atkinson 1-2-3 of ‘Sharpshooter’, ‘Victims’ and ‘Isolator’. Elsewhere he skates the mix skilfully between modern day classics like Ferry’s Corsten’s ‘Beautiful’, Goa infused sound shafts from Angry Man & Vertical Mode (on ‘Lunatic’ & ‘Alien Rock’ respectively) and outstanding vocal-ism like ‘Remember’ from the pairing of Something Good & CAPS.

On joining Subculture – The Residents’ line-up , Will Atkinson says: “to me, Subculture means proper Trance delivered with class. It is one of a few remaining labels with real quality control”. The Noble Six continues: “for us to be considered residents of a label of Subculture’s quality is truly an honour!”

In 2014 Andrew Alexandrov is considerably better known under his artistic pseudonym The Noble Six. The half Romanian/half Canadian producer brings his inherently uplifting floor style to ‘The Residents’ final disc. One sonic high follows another as he seeds 80 minutes of magic with thermal pads, hairs-up harmonies and cascading synths. Noble Six material is in no short supply as ‘The Source’ intros Andrew’s mix, before the arrival of ‘Time’ – his most recent collaboration with regular cohorts Neptune Project. His remix of the Neptune’s ‘Lost All My Tears’ (this month hailed by DJ Mag as “the best trance track of 2014 so far”) and his ‘Ocean Drive’ collaboration with Chris Metcalfe sees the mix conclude somewhere up in the clouds.

John, Will & Andrew deliver the Subculture enterprise its perfect 2014 closeout. ‘The Residents’ rule from November 17th.