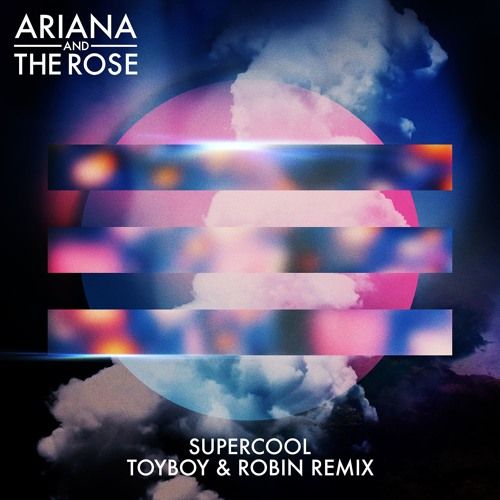 Filled with deep synths and an infectious hook, ‘Supercool’, produced by Tom Fuller (Patrick Wolf, The Hics) tells the story of a seemingly confident and self-assured night cat, whose party girl life-style may not be all that glitters. “I'm so excited to be sharing "Supercool" with everyone. I love painting pictures of people and this girl's story is filled with the perfect combination of glamour and darkness all happening on a dance floor. Hope everyone enjoys stepping into her world as much as I have!" says Ariana And The Rose.

The single release is accompanied with a remix from London based House duo Toyboy & Robin, signed to Big Beat Records (Chromeo, Clean Bandit, Rudimental and Galantis). Fusing elements of house, garage and deep bass lines, the duo (who have also provided official remixes for the likes of Years & Years and Lana Del Rey) create a captivating progressive house reworking of ‘Supercool’. On working with Ariana, the boys say "Doing this remix was a lot of fun. We really liked the original when it was sent over so doing the remix was a no brainer for us! We just hope we've done it justice!"

Ariana and the Rose’s music channels astral-plane discotheques and cosmic glitter: a groovy transmission of left field synth-pop with an electronic hue that fuses the old with the new. This recently came to life through the experimental Light + Space parties hosted by Ariana and the Rose, which saw an otherworldly environment created that transported attendees out of this world and all its accompanying inhibitions. The series of 360 immersive events are next set to take place across the Atlantic in New York and LA, the first having already hit London as a critically acclaimed, sold-out event.

‘Supercool’ follows the release of double A-side single “Survival Of The Fittest” and “Dirty Dancing”, which saw their unique sound earning accolades from Red Bull, V Magazine, Wonderland Mag, NOTION, Hunger and CLASH. This came alongside ‘Survival Of The Fittest’ featuring in NBA’s Jam Session, showcased to their 7.12M YouTube subscribers here.

Ariana and the Rose has toured across the UK and US supporting artists such as Jack Garratt, Wolf Gang, Foxes and Allie X as well as playing at The Great Escape 2016. with her audio-visual approach to creativity, she is an artist who continues to shine behind the scenes as much as in front of the camera, firmly positioning herself as one of the hotly tipped favourites to launch into the upper echelons of pop"