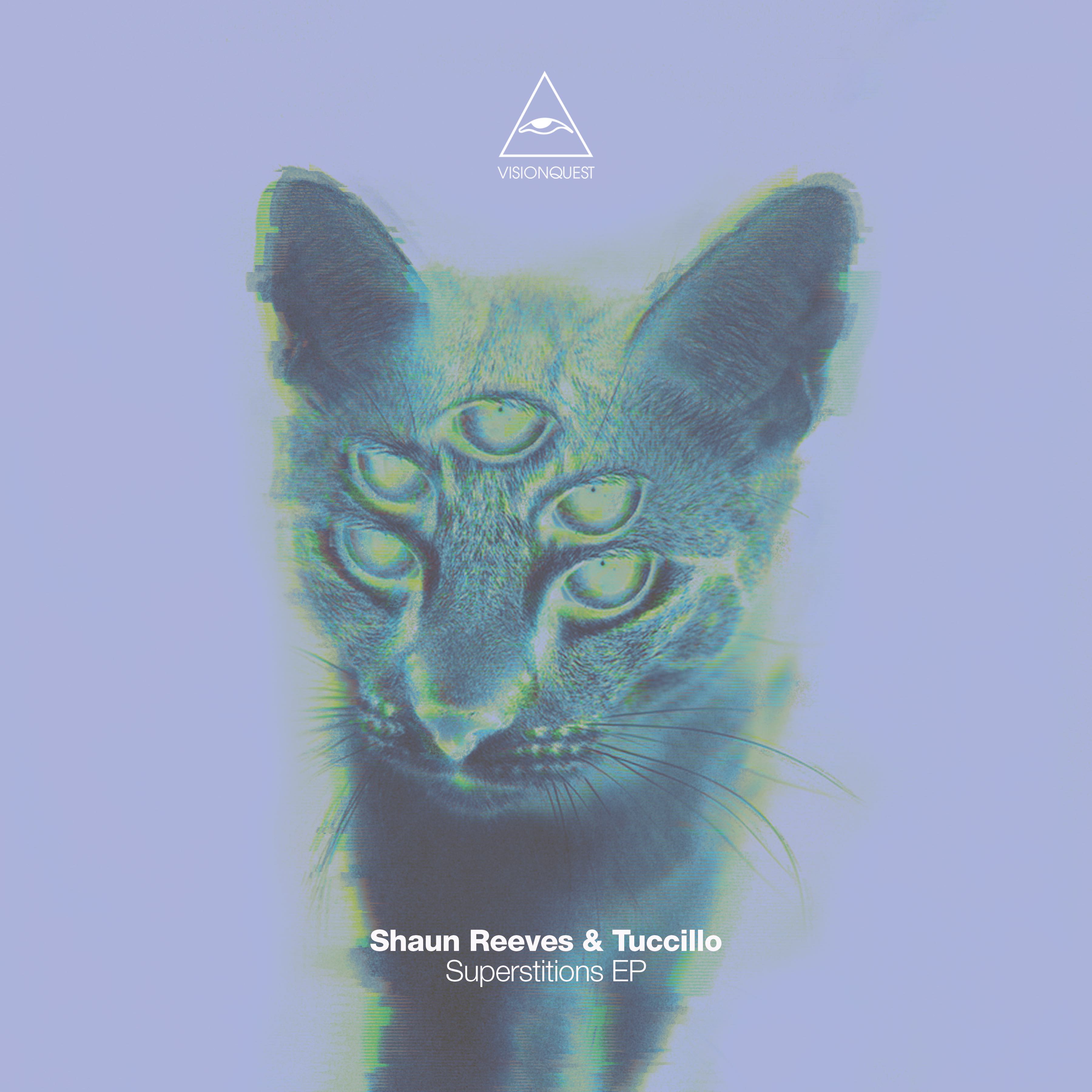 Visionquest embark on a brand-new voyage as founding member Shaun Reeves takes the mantle once again. Reuniting with kindred spirit Tuccillo for another no-rules, boundary-blurring session, it’s their most explorative collab EP to date.

Picking up where previous collaborations such as ‘Seclusions’ and ‘Smile’ left us, the lead track ‘Shade’ reminds us of the duo’s innate ability to lure you deep into their groove unwittingly. Misty, and pensive, this one’s deep coded with unmistakable Visionquest atmospherics as each element gradually unfolds.

Elsewhere amid the ageless shadows we have the stark, sensual stripped-back struts of ‘Cavernous’, an uplifting piece where a restrained-yet-bumping groove is laced with garage style vocals and a sublime synth twist midway. Deeper again we strike more mystic noir….

‘Superstitions’ rolls out over a stately 8+ minutes, building gradually with percussive hypnosis and the dark art of subtlety while ‘Tessera’ brings the EP to a close with strong levels of funk and feelgood. A reference to their own collaborative project Shantu, it’s a devilish fusion of velvet android bass, evocative humanised textures and beat that draws you in but leaves more than enough room on this voyage to take in each perfectly considered and sculpted element. Enjoy the view…