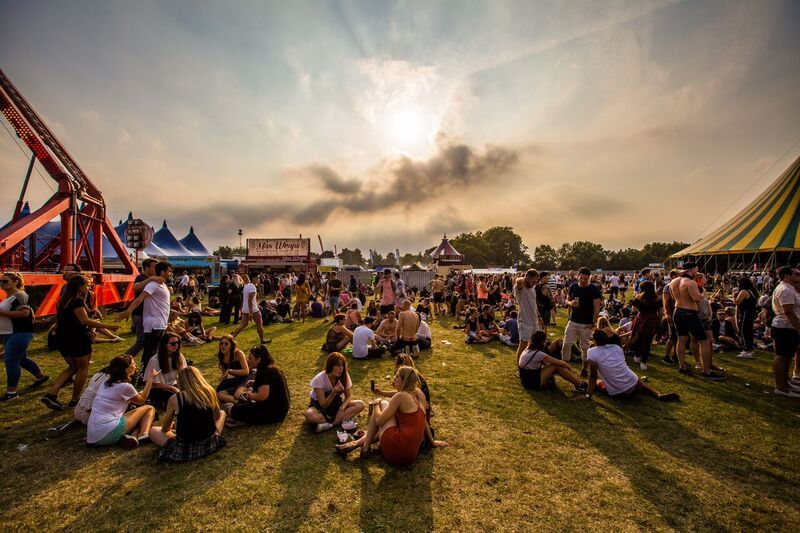 Over the past fourteen years, South West Four has been responsible for bringing the most dominant and popular names in underground house and techno to the heart of the capital. The summer will be no different as we showcase our biggest and most accomplished collection of underground artists to date!

A mouth-watering list of names include industry leaders and most notably the head honchos of Ibiza’s four biggest underground parties. Marco Carola's Music On, Sven Vath’s Cocoon, Solomun's +1 and Loco Dice’s HYTE have dominated the island when it comes to throwing the most in-demand showcases with the finest underground music and we can’t wait to bring all of them to SW4 2017.

The August Bank Holiday weekend will witness these absolute giants of electronic music take over London's biggest dance music festival! ARE YOU READY?

SOLOMUN
Most DJs would be ecstatic with one residency at the clubbing mecca that is Ibiza but not Solomun. The Swiss-born artist was one of the most featured DJs in the Ibiza calendar last summer by holding three high profile residencies at the islands leading venues including Pacha, Ushuaia and Destino. Solomun isn’t only the busiest artist on the White Isle, he is one of the most active artists on the planet with a touring schedule that constantly sees him play to sell out crowds from London to New York and Sao Paolo to Amsterdam. The last few years has witnessed him cement himself in the higher echelon of the dance music elite and he is here to stay. At SW4 2015 he went back-to-back with AME in one of the festival’s most memorable performances and his return in 2017 will spark even greater excitement. Are you ready? We sure are…

SASHA VS JORIS VOORN
Sasha is widely considered to be one of the most recognized and influential electronic music artists of modern time. The last two decades have seen him establish himself as an innovator and true craftsmen in his field. His shows at Fabric in London have gone down in history and he has amassed one of the most loyal fan bases amongst his peers. 2014 witnessed him host his very own stage at SW4 with his Last Night on Earth label, as well as selling out the prestigious 02 Academy Brixton at a high profile NYE show. Now put him alongside another master in Joris Voorn, we have a truly unforgettable performance on our hands. Dutch-born Joris’ smooth and infectious style has made him hot property in dance music and his progress seems no slowing down. From stand-out plays at Village Underground and De School in the last few months, the key player is making the right moves to reach the top of his game.

ANDREA OLVIA
As a DJ, the summer of 2016 was arguably Andrea Olvia’s busiest yet; he became one of seven all-night guests to regularly take over the Space Terrace for Elrow, made his Music On debut and played some of Europe’s biggest dance music festivals – all whilst maintaining his famed ANTS headliner commitments. His skill for crafting stand out sets attracted the attention of Pete Tong, who helped Andrea make his Essential Mix debut with a set recorded live from Ushuaia. This August Bank Holiday Saturday will see Andrea make his debut at South West Four and he is sure to bring the fire!

ANDHIM
2010 was the year Andhim descended upon the dance music scene and since then it has never been the same! The Cologne native’s meteoric ascension to prominence over the ensuing twelve months was unexpected, but not undeserving. Pioneers of their own genre “Super House” which is the physical embodiment of raw soul and pure passion, it soon became apparent that the duo were here to stay. The last eighteen months have seen the pair headline their own shows and play at the most prolific parties in the globe with the fierce ANTS Ibiza taking them under their wing for a series of dates at Ushuaia. The summer of 2017 will  mark their SW4 debut and you can be sure that they will bring the heat.

SVEN VATH
Sven Vath is no ordinary artist. A living legend, his commitment, passion and pure talent has influenced the evolution of electronic music as we know it today. His beloved Cocoon brand is one of the best in the business and the iconic party is back at the powerhouse that is Amnesia Ibiza for a record 18th time with the German heavyweight entertaining over 100,000 people over the summer season. There is no question that he is and will always be one of the most significant artists that dance music has ever seen. We are truly humbled and proud to welcome the one and only Sven Vath!

LOCO DICE
There is no doubt that Desolat label boss Loco Dice is one of the giants of the underground scene. His uncompromising and raw DJ sets have made him one of the most popular artists in the globe with his brainchild HYTE becoming a hugely successful weekly event at Amnesia Ibiza, hosting hugely exciting parties on the island week in, week out. German born Dice has an undeniable hunger that constantly pushes his sound and brand forward and it is safe to say he is at the peak of his powers. A regular at SW4, 2013 and 2015 saw him play one of the festival’s most significant sets as he went back to back with another icon Carl Cox. This summer will witness his return to the capital for what’s set to be another performance that will leave nothing to the imagination!

CARL CRAIG PRESENT
VERSUS SYNTHESIZER ENSEMBLE
Creative visionary, electronic music icon and Grammy-nominated composer are a few of the titles world-class producer Carl Craig has accrued since his first production was released in 1989. The Detroit native distinguishes himself from the rest through his ability to convert his fascination with futurism into a musical reality and it these genre-less, cutting-edge productions that have led to him becoming one of the most highly regarded producers in the world. ‘Versus’ is his latest project in which his innate and truly unique ability to dissect genres and create musical hybrids is brought to life by combining electronic, Techno elements with a live, classical orchestra. It is a live performance like no other and you can prepare to be amazed at SW4.

AUDION AKA MATTHEW DEAR
With a stream of consistently tight productions to his name, Matthew Dear aka Audion Live has become one of the most sought after remixers in electronic music with stalwarts like the XX, The Chemical Brothers and Hot Chip all commissioning him to put his unique touch to their work. The genius behind his productions are rarely ever matched with his carefully crafted sounds being completely unique to any other artist around. When he’s not producing gems in his studio, you can find Matthew Dear rubbing shoulders with the likes of Seth Troxler, Richie Hawtin and Matador. We can’t wait to see what the man from New York delivers!

B-TRAITS
B-Traits aka Brianna Price is responsible for delivering the sounds of the future to you on a weekly basis. A stellar BBC Radio 1 residency has put this Canadian DJ and producer firmly on the map. From breaking-through raw unfound talent or playing out records in underground venues across the globe, she’s a key selector in the dance music scene. Based in the capital, she regularly plays out in London’s finest venues,
including the giant that is Fabric. On Sunday 27th August B-Traits will make her way over to Clapham Common to showcase the finest new music from her outstanding record collection.

MAR-T
Resident of the world famous Amnesia since 1999 and owner of the forward thinking WOW Recordings label, Mar-T is a Spanish maestro of many talents. His dynamic style of Djing has meant that he has become hot property in dance music and his forward movements in the last twelve months have really re-affirmed his status as one of the most exciting producers on the planet. Whether he’s involved in the world tour’s of Amnesia or producing the next big tech-house banger, he’s know how to get a party started.

DEPOSIT SCHEME OFFER EXTENDED FOR 1 WEEK! YOUR FINAL CHANCE TO SECURE YOUR
SW4 TICKET FOR JUST £20

The response to our deposit scheme has been better than we would have ever expected with thousands of you choosing to attend the festival using our new flexible payment system. You can secure yourself a place at SW4 2017 by just making an initial payment of £20 with two further payments made a future date.