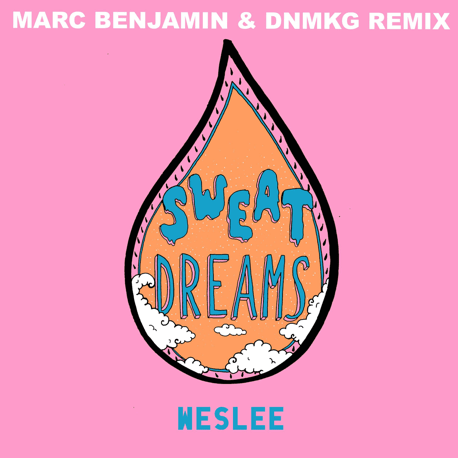 Ones-to-watch Weslee have enlisted the services of Dutch producers Marc Benjamin & DNMKG to remix their summer sunshine banger ‘Sweat Dreams’. The remix comes a week after the duo revealed the uplifting video for the original (watch here), which is taken from their debut EP ‘9F’, out now via Weslee’s label and AWAL.

Dutch DJ and producer Marc Benjamin’s list of collaborators reads like a who’s who of EDM royalty, having made music with Zedd and Benni Benassi, alongside releasing tracks on Nicky Romero’s, Afrojack’s, Hardwell’s, Steve Angello’s and Laidback Luke’s labels respectively.

Marc Benjamin and his regular collaborator DNMKG’s take on ‘Sweat Dreams’ retains the original’s infectiously pulsating, upbeat groove, while turning it into a smooth slice of electro-tropical goodness that’s sure to bring Weslee’s mixture of honeyed vocals and atmospheric production to an even wider audience.

2018 has definitely been Weslee’s year. The mysterious songwriting duo released their debut EP, the immaculate 7 track ‘9F’, to critical acclaim in June, having sprung onto the scene a year earlier after their single ‘Gassed’ was championed by Radio 1’s Annie Mac and Mistajam, going on to become the latter’s Hottest Record In The World. Mac swiftly booked them for her AMP event alongside Jessie Ware at Jazz Cafe in February and they’ve since supported Franc Moody at Village Underground and performed their debut headline show at The Waiting Room, which sold out in just nine days.

Weslee’s steady stream of R&B, disco, and techno-tinged pop hasn’t gone unnoticed. Plaudits from tastemakers Complex, Notion, The 405 and The Line Of Best Fit, amongst others, have been backed up impressive streaming stats, which have seen Londoner Emma and Kansas native Josh crash the Spotify Viral Chart, racking up over 21 million streams and counting.

Following the release of their debut EP, Weslee have evolved from an online curiosity to a contemporary post-pop group, amassing streams by their millions.