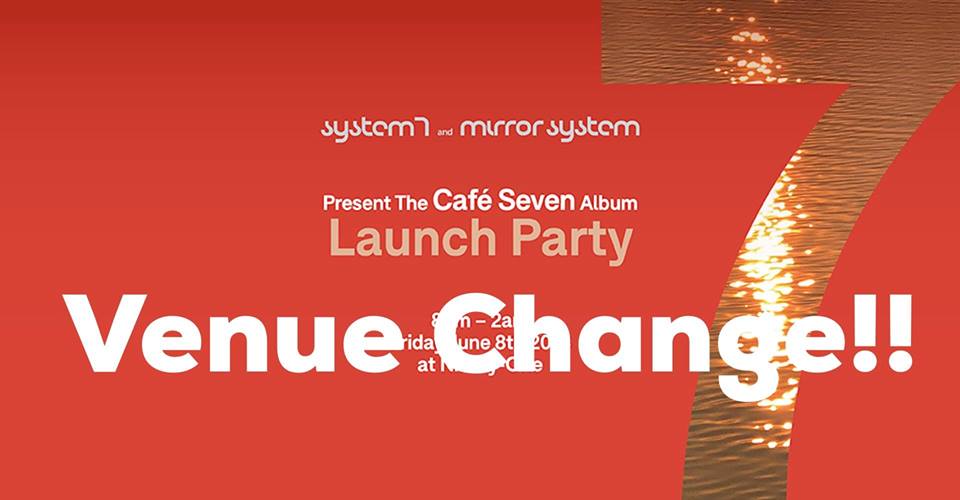 System 7 announce a venue change for the Café Seven Album Launch Party which takes place now at Reina in Farringdon.

System 7 are one of the UK’s foremost and unique Live techno bands, hailed for their impressive earth-moving Festival sets,and work with some of electronic music’s true innovators from The Orb to Richie Hawtin who remixed their incredible ‘Alpha Wave’ classic. Releasing a new album Cafe Seven’ in June System 7 announce their Live dates for summer 2018 including the Cafe Seven Album Launch party on Friday June 9th at Reina in Farringdon.

S7 have a hugely busy summer with an LP Launch Party in London, playing the Berlin Mayday Celebrations (Free Party) – Germany – System 7 DJ set May 1st; playing at Orbfest  (June 23rd) at The Roundhouse alongside The Orb, Leftfield and Ulrich Schnauss;  touring Japan July 13-22nd and then heading to Hungry’s Ozora Festival on August 2nd & 3rd.