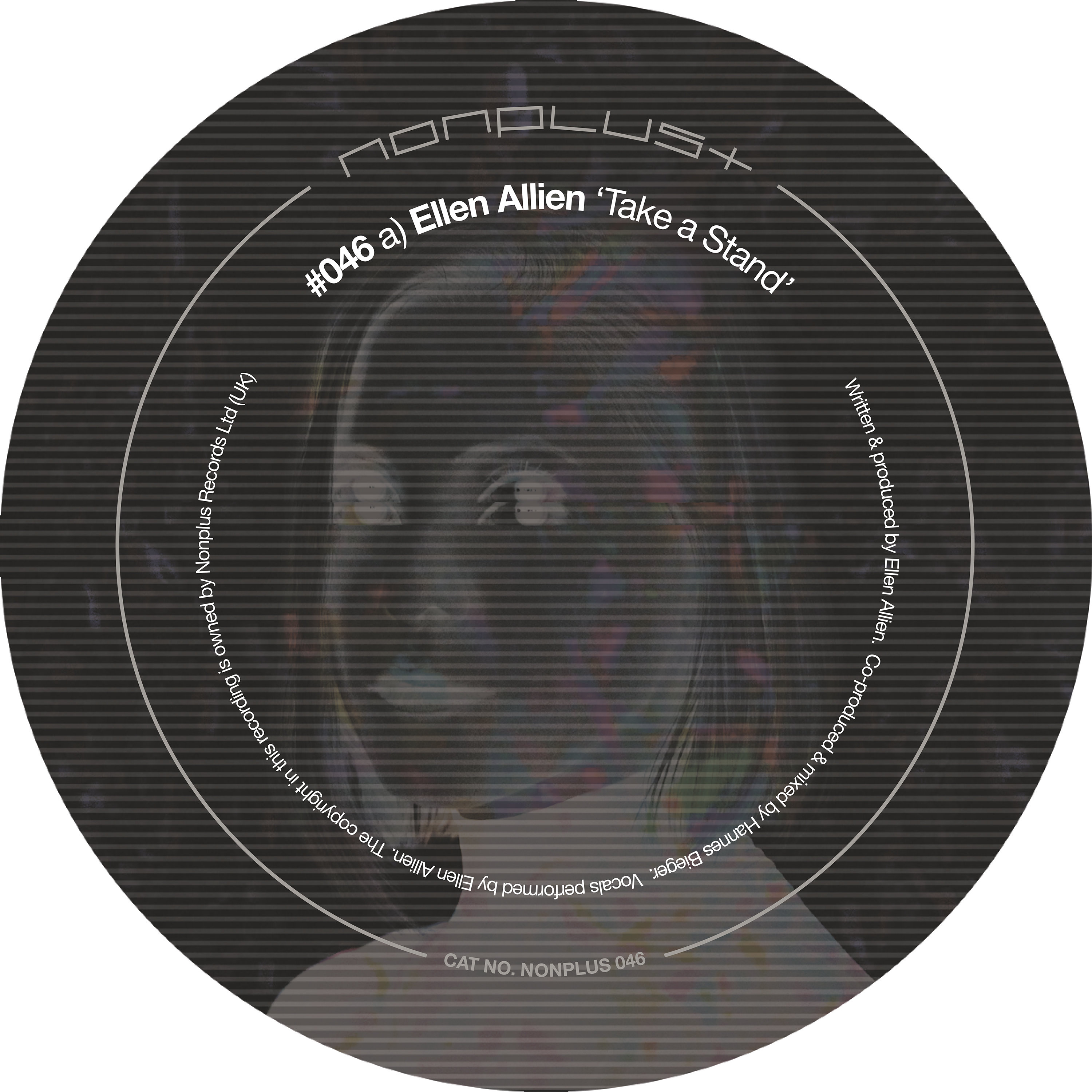 Ellen Allien prepares to release her first solo EP outside of her BPitch Control imprint in two decades and has chosen a label she avidly admires, Boddika's Nonplus.

As a DJ, producer, BPitch Control label founder and organiser of the regular We Are Not Alone parties in the city and elsewhere, Ellen Allien was not only there when the techno sound of Berlin was moulded in the basements of squats all over the capital but continues to be a tireless advocate of all aspects of this culture more than ever, as indicated also by her international Vinylism event series.

‘Take A Stand’, her debut release for Boddika’s Nonplus Records, is as much informed by all those experiences as it is by the relentless hope and passion that have driven Ellen Allien ever since she stepped up to the decks of the infamous Fischlabor in the early 90s. ‘Take A Stand’ is a three-part statement about (and for) the here and now.

"My own history and experiences in the Techno scene inspired me to motivate people to stand up for what they think, for their opinions and rights A lot of people say that Techno isn’t political, but why not? It can be political of course." –  Ellen Allien.

The title track is both a thundering call to action and a love letter to the unifying power of rave culture. While its lyrics may seem vague at first "take a stand for or against what?" they unravel their mystery while the track unfolds gradually. Starting off as a sparse basement banger, ‘Take A Stand’ slowly escalates into an acidic anthem before subtly changing its course once more towards the end.  Over the course of ten and a half minutes Ellen Allien revives the cheerful optimism of the original techno revolution while positioning herself against the joylessness inherent to so much techno these days. This is a revolution you can dance to.

On the b-side, ‘Trigger’ takes us into an equally hypnotising trip down the wormhole of contemporary rave culture.  Combining a hard-hitting groove with a muffled, bouncing acid bassline it will have basements and big rooms like dripping with sweat.