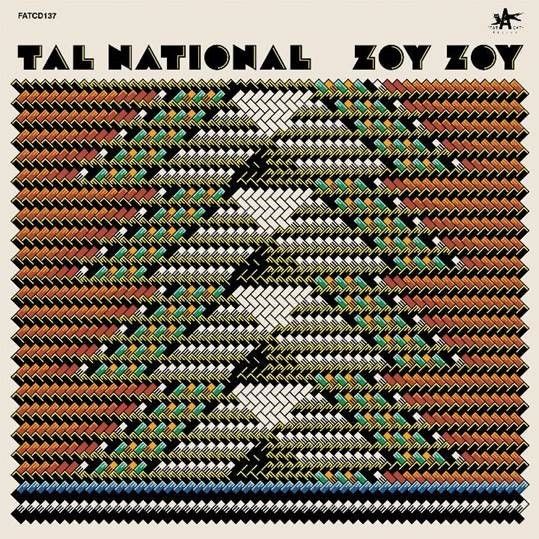 Recently released via FatCat Records, Nigerian band Tal National’s ‘Zoy Zoy’ has received tons of praise. To show his admiration for the band, Chimurenga Renaissance, the side project of Shabazz Palaces’ Tendai ‘Baba’ Maraire, has remixed the track ‘Farila’. Talking about his remix, Tendai writes, “the cultural exchange between Chimurenga Renaissance and Tal National is proof of a musical force appreciated by many melomanes. It’s a sound coming from a village in order to conquer the modern artistic world. The fact of having African and American origins contributed to a polychromic aspect is enjoyed by music lovers around the globe.”

This feeling is mirrored in the work of Tal National. Niger neighbors Nigeria, Mali and Ghana. Collected within this former French colony, Songhai, Fulani, Hausa, and Tuareg populations can be found, all of whom are represented in Tal National’s members. As such, the nation enjoys a greatly varied mix of cultures and ethnicities, all richly steeped in music. It is no stranger to highlife music, kora music and afrobeat, while giving the world Tuareg Blues and a unique brand of hip-hop.

In Tal National’s music we hear the rolling 12/8 rhythms in the Hausa’s Fuji percussion, the pensive aridity of the Tuareg’s assouf and the exquisite griot guitar of Mali’s Songhai, all delivered with virtuoso precision and unrelenting energy. After naming Kaani one of the Best Albums of 2013, The New York Times went on to say, “The music keeps leaping ahead with one surprise after another: guitar parts that align and diverge and reconfigure, drumming that pounces on offbeats. The patterns are crisp, complex and tireless.”

Zoy Zoy was recorded in Niamey, Niger’s capital, by Chicago-based producer/engineer Jamie Carter, using a remote recording rig in a dusty makeshift studio. The country has no proper recording studios, music instrument shops, or record stores. The drummer makes his own sticks. Despite this, or perhaps because of it, Tal National thrives in a country parched of resources but teeming with music and rhythm. The band would record all day, then head out at night for more lengthy performances, bringing the energy of each night’s show back to the studio. Zoy Zoy is a distillation of Tal National’s traditional roots and tireless drive into pure joy and celebration. The songs are intense yet sophisticated, combining original numbers with new arrangements of West African folk songs, dealing with themes of love, tolerance, peace, feminine beauty and the woman’s physical dance expression based on traditional African rhythms. The band speaks French, but use the American expression “very rock and roll” quite seriously, implying their awareness that the loud guitars and bewildering rhythmic complexity separate them from their West African peers.

On stage, Tal National perform with six musicians, but because of their rigorous performance schedule, there might be up to thirteen members at any one time. At shows, musicians regularly change places midway through songs (including the amazing sight of drummers swapping without missing a beat). On some nights the band might split up to play two gigs simultaneously.