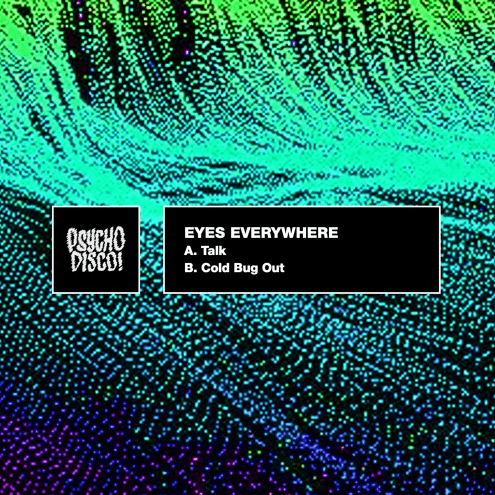 For the next Psycho Disco! release, we travel to upstate New York to meet the duo that is Eyes Everywhere. Hot off their last release that was selected by Pete Tong for his Essential New Tune on Radio 1, the pair don't show any signs of slowing down their output of late night churners via new EP 'Talk / Cold Bug Out.'

Out now, the EP's first single, "Talk," is a vivid tech-house heater that pays homage to the energetic and dark modern electronic music scene where they developed their techno and house leanings. The B-Side, "Cold Bug Out" bounces across different influences, with a bassline and 808 drums that carry an 80's influence to soaring 90s rave synths.

If unfamiliar with Eyes Everywhere before now, last year the duo released with tastemaking labels Desert Hearts, Sweat It Out, and Box of Cats. This year, they've already teamed up with Golf Clap on a collaboration ("Bout That") out now via Toolroom, that debuted as Pete Tong's Essential New Tune on Radio 1.