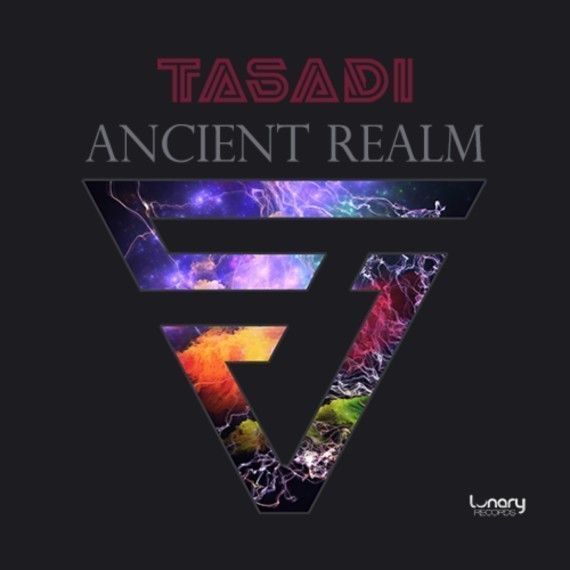 After the first two singles “THE SEVENTH KINGDOM” and “GATES OF PERSEPOLIS” TASADI’S album ‘THE ANCIENT REALM’ is out NOW! The album received excellent reviews in its pre-run. Dimitri Kechagias of Flux BPM ONLINE said this about the work:

“Tasadi is considered as one of the most important trance artists with many high class underground trance releases on top label like Sedna. Now on Lunary records presents his magnificent album Ancient Realm. Once again he take us by the hand for a spiritual journey of self discovery, self appreciation and unity with others who love and feel connected with the same kind of music. His album is absolutely stunning example of an artist who goes against the grain and walks his own unique pathway. It’s difficult decision but very rewarding at the same time cause Ancient Realm is an album that will pass the test of time and will sound fresh and inspiring after many years. Raise those hands in the air, open your heart to absorb the positivity of the nice melodies, get hypnotized and don’t be afraid to let yourself experience the highest state of trance! Excellent collaborations with beloved voices like the expressive and sensual Madelin Zero or the always stunning Christina Novelli with the delicate and very dynamic encouraging voice as well. Tasadi does his magic and bring #PureGold trance album! Love iT  – 10/10”

‘THE ANCIENT REALM’ is a unique themed album in which each track that was produced corresponds to a wonder of the world or a major landmark. Tasadi has written every single track in the album with that very specific mindset. By doing this his goal was to capture the essence of each individual landmark and wonder. The use of various ethnic instruments mixed with modern musical elements were used in order to capture emotion and paint a picture that is significant in its own way.

Over the years TASADI has received support and plays from the top names in the industry. Armin van Buuren, Andrew Rayel, Above & Beyond and many more. DJ Feedback on the album includes rave reviews from KENNETH THOMAS, LUCCIO, CHANNELSURFER, MATT CERF, SUZY SOLAR & many more.

With praise from taste makers like Tilllate Magazine, Beatsmedia, DJ Mag and many more, The Ancient Realm is an essential album for anyone who who loves trance in all its forms.