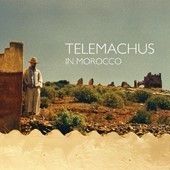 The London-based producer follows up his 2013 debut with his latest album ‘In Morocco’; a potent brew of wistful North African strings, wild percussion, howling dogs and lashings of tape hiss.

The album marks a further departure – both musically and geographically – from Telemachus’ Hip-Hop roots. Having re-located to the village of Mirleft in Southern Morocco for two months to surf the Atlantic and make the album, the result is tapestry of rich experience; a well-weathered body of work hot-footing through the sands to the electric beat of it’s own bohemian ambitions.

Fourteen instrumental tracks deep, Telemachus employs the sonic sensibilities of a youth misspent soaking up the sounds of London’s bashment raves and pirate radio stations to take us on a Super-8 cinematic trail through the Moroccan Medina, beyond the bustling Souk and over the rolling verdant hills to adventure unknown.

Telemachus Bio
Telemachus is a composer. His work is a mosaic of rich pastoral melodies and brutal dystopian dirges. Telemachus means “far from battle”, which reflects his peaceful nature and monastic lifestyle.

When not caged underground, tethered to rotting synthesizers and corroded microphones, he gathers wool; he attends to his strawberries; he roasts goats on summer days.

He is a man of loose morals and stubborn taste.
He did well at school but was not allowed to play the drums.
He is tall, and can see over things.
He owns dozens of instruments.
He cannot play any instruments.