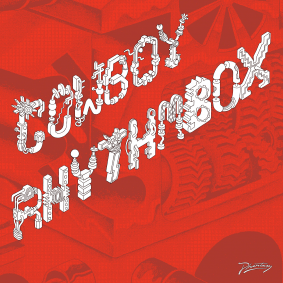 ‘Terminal Madness’ is a quirky track about the paranoia surrounding artificial intelligence, inspired by early Dance Mania releases and broken pocket calculators amongst other things. ‘Hands Inside The Car’ then deploys a wonderful eccentric atmosphere through a deadpan vocal hook that wraps itself around a killer combination of sub bass, freestyle beats and deranged reversed elements.

‘Vodonik’ finishes with a stark, glacial rave beast, very much a reaction against Cowboy Rhythmbox's usual maximal approach. This is stripped-down-to-the-bone body music that will work in the most cavernous of rave palaces or the most intimate seedy basement club.