The BPM Festival Announces Dates for 2017 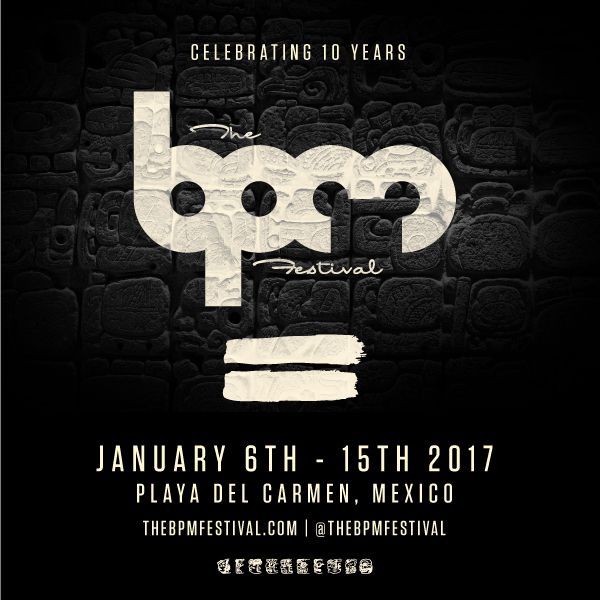 The BPM Festival Announces Dates for 2017

With 70,000 attendees from 72 countries uniting in Playa del Carmen, Mexico, in January, The BPM Festival 2016 continued to position itself as an essential stop on the festival circuit and perfect winter getaway for underground dance music aficionados from all over the world. The festival is proud to announce dates for its 10th anniversary edition, January 6th to 15th, 2017.

This past January, The BPM Festival 2016 hosted 10 spectacular days and nights featuring over 430 artists at more than 80 showcases from the world’s best established and emerging techno and house music labels and iconic party brands, earning nominations for an IDMA (International Dance Music Award) for “Best Music Event” for a third year in a row and “Festival of the Year” at the first ever Electronic Music Awards & Foundation, as well winning “Best Festival” in the EMPO Awards in 2015 with a nomination in 2016. For 2016, The BPM Festival continued to reach new heights, embracing the profound mystical nature of the ancient Mayan civilization and introducing its signature Ya’ah Muul “festival within a festival” parties, featuring a series of exquisite all-night adventures in its new Jungle venue, complete with multiple stages and an all-star lineups. Stay tuned for the return of Ya’ah Muul in 2017 with a fresh twist.

The BPM Festival was originally conceived for "Bartenders, Promoters, Musicians" with a small gathering of 5,000 attendees mostly working in the nightlife industry. Over the past decade The BPM Festival has grown to become a benchmark festival and global techno tourist destination for 70,000 artists, industry, and music fans from Australia to Aruba to annually reconnect, recharge post-New Year’s Eve, and kick off the new year on the beautiful the Caribbean coastline. Celebrating its 10th anniversary in 2017, The BPM Festival promises its biggest and best year yet, bringing together the best in global underground dance music talent, nonstop dancing, and endless adventure — all while connecting with the boundless nature, rich culture and spirit of the Mayan Riviera. With a banner year for parties being planned, including live debuts, new headliners, surprise pop-up parties, unexpected back to back sets, and long awaited reunions, The BPM Festival 2017 is not to be missed. Don’t miss out on the 10 year gala celebration!

This June, Handlebar Films will release the trailer for the first ever full-length documentary on The BPM Festival, Dancing In Paradise. The documentary will delve deep into the history of The BPM Festival: how it all began, key players involved, how it’s spurred growth in the city of Playa del Carmen and ties in with the backdrop of the Mayan Riviera, and much more.

Stay connected on social media for more photos, and info about The BPM Festival’s massive 10th anniversary celebrations in 2017!