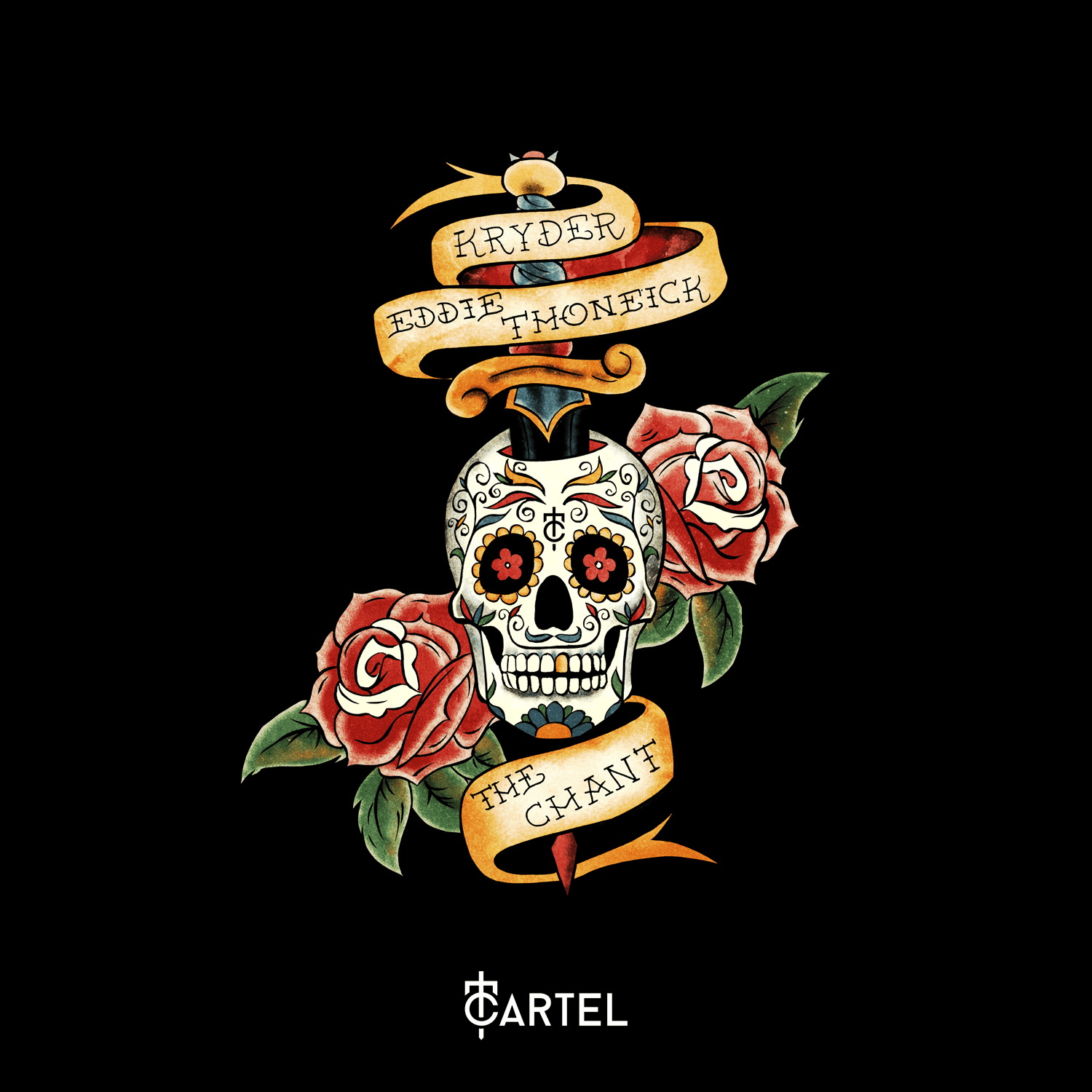 For years Kryder has spearheaded the "groove movement" in house music along side fellow Brit super producer Tom Staar. His trademark of of rolling, pulsating, driving beats have been drawing direct parallels to a generic over saturated sound, which has left the market as spectacularly as it entered. Determined to build a legacy that will stretch on for many years Kryder, Tom Staar and the Dutch independent gigant label Spinnin' Records have joined forces definitively to assemble an army of likeminded soldiers to create The Cartel – the label.

After months of threatening intent, The Cartel arrives on 25th July to wage war on the establishment, marking the first shot in the battle with the infectious Latin laced, tribal influenced anthem "The Chant". Head honcho Kryder teams up with a newly invigorated Eddie Thoneick to deliver a percussion heavy beat with a sensational breakdown, a euphoric chant enticing the rest of house music to join and follow the movement.

2016 sees the Cartel kingpin and Sosumi boss, Kryder, continue to build on an incredible 2015 campaign which saw an IDMA award for "De Puta Madre", guest duties on the world renound BBC's Essential Mix, an MTV compilation and key stage appearances at Tomorrowland (BEL), Creamfields (ENG), Summerburst (SWE) and Nature One (GER) just to name a few.

2016 marks the game changing Cartel which saw a sold out launch party at WMC Miami and promises to lead the way for the summertime soundtrack. Reaching #1 on Beatport's Progressive House chart with "Crocodile Tears", released on Axwell's Axtone, Kryder has remixes, collaborations and original material fueling the movement. Confirmed worldwide travel include the stages of Tomorrowland Brasil (BRA), A Summer Story (SPA), as well as gracing the clubs of Ibiza, the USA and Japan to claim territory for The Cartel.