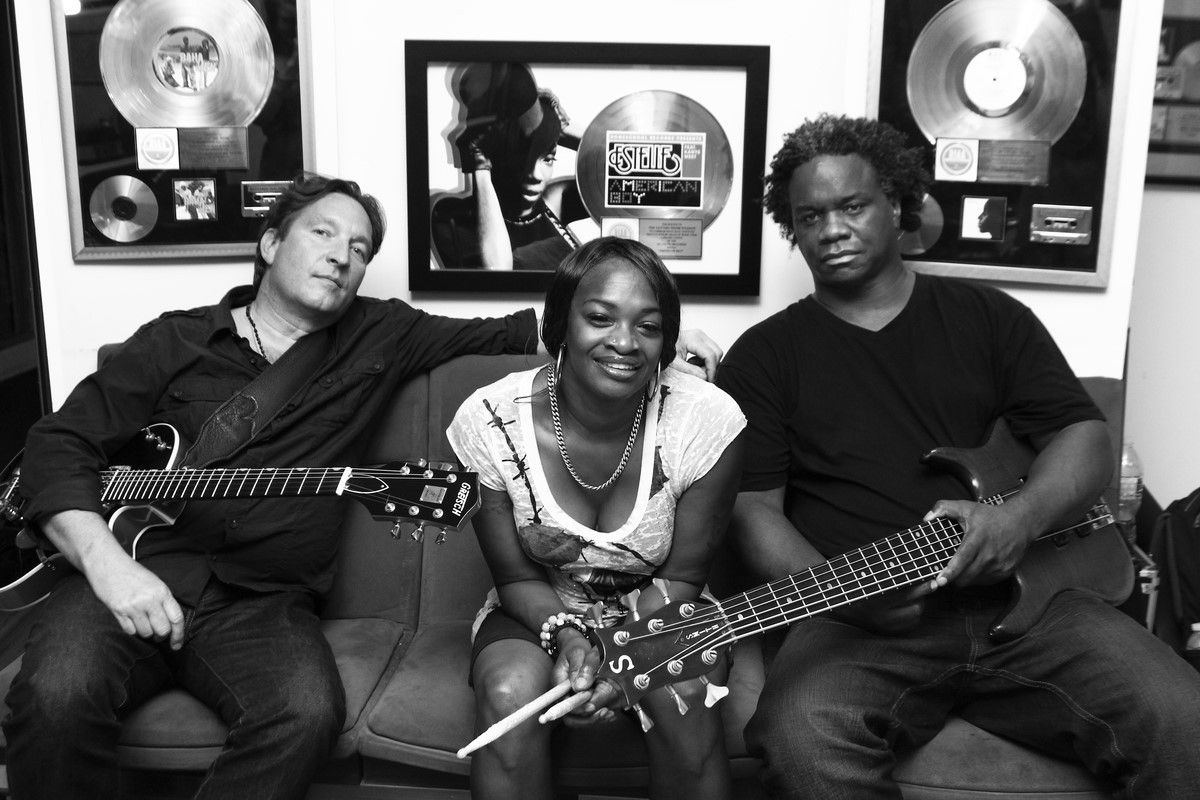 Dynamic and unpredictable, The Dream Logic are a trio who deal in impactful funk rock music with several left-field twists. Experienced musicians with eclectic influences, they are a group who keep the audience guessing with some masterful bending of genre.

With added elements of rootsy modern soul, this band is happiest working across styles with influences ranging from country tropes to subtle jazz moments. What every track has in common though, is assured quality.

A ‘band’ of three friends who have gigged together over the years and only recently decided to record together, the trio are now celebrating the release of their rocking second album ‘My Black Arts’.

With songs written over a long period by primary songwriter Charles Compo (guitar, vocals, flute) and developed with long time partners Jerry Brooks (bass guitar) and Camille Gainer Jones (drums), this is their second LP – a follow up to last year’s self-titled debut. Both albums have been the result of organic music making between three skilled musicians who enjoy playing and writing together, but for the new LP the group were joined in the studio by additional guitarists Eric Krasno (Soulive, Lettuce) and Vernon Reid (Living Colour) – a classy pair of players who also laid down their own contribution.

This result second album of 14 genre splicing songs of top quality. For a taster of ‘My Black Arts’, check out funky album track ‘Drunken Monkey’:

The album as a whole is described by the band as ‘the story of the secret life around us’, those intangible moments in life when you know things are happening around you but you can’t put your finger on what, how or why. Recorded in New York’s prestigious ‘The Cutting Room’ studio, the new album echoes the raw talent on show for the band’s 2013 debut, developing the sound further and placing the experienced musicians on a more assured footing than ever.

Between the members of the band, there is a lot of stage and recording experience, having played and toured with the likes of D’Angelo, Joan Jett, Christina Aguilera, Les Nubians and many others. And, if there is anything approaching a ‘mission statement’ for the band, it’s that they want to distil all that experience down into songs that are simple, but effective. Perhaps the band put it best themselves:

“You know how you go someplace like a restaurant or someone’s house and they serve you food that is so simple, you had it a million times before, but somehow it’s just perfect.  That’s what we are going for.” – The Dream Logic

‘My Black Arts’ is out now through Chaos Music Company.