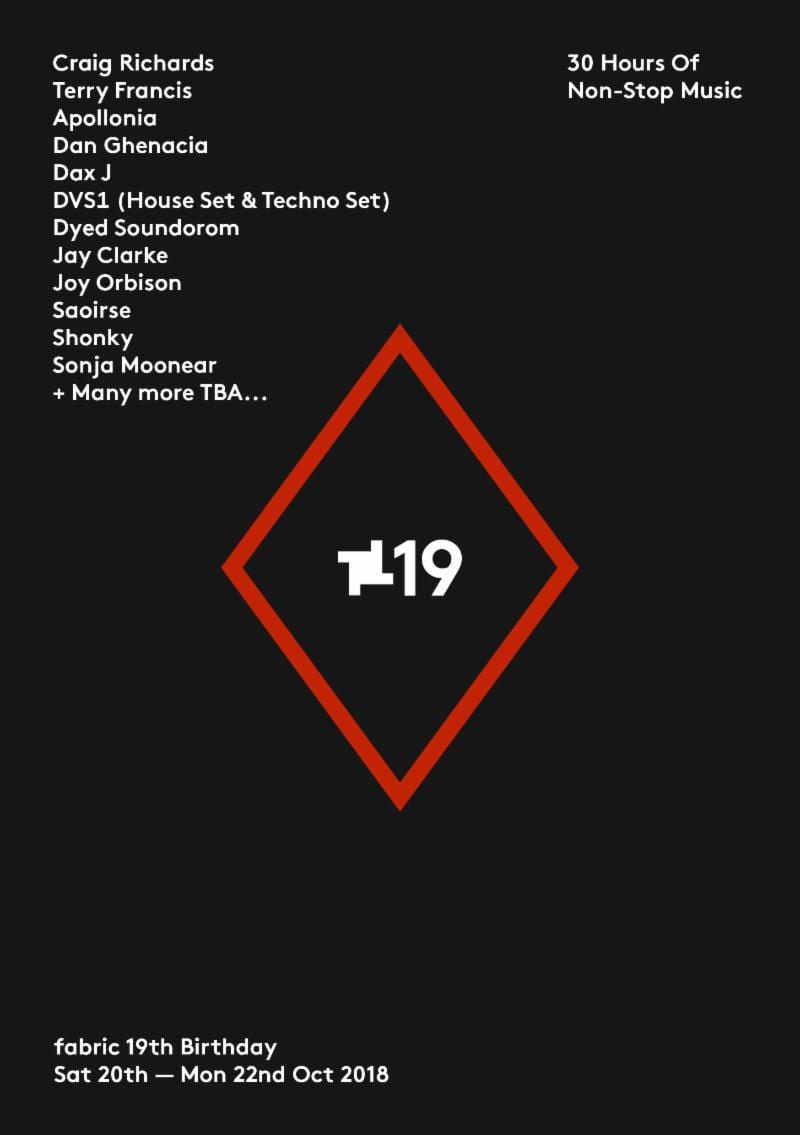 For as long as anyone has known, astronomers have observed the Moon's Metonic Cycle, a recurring 19-year event marked by its return to the same spot in the sky. The Moon goes through a number of different phases within this cycle, but somehow always returns to the same position before starting a new rotation.
In many ways, it's not far off what fabric have spent the last 19 years doing in Farringdon. Through all of the hard work, late nights, laughs and tears, they've always prided themselves on exploring new boundaries, all while preserving and celebrating their ongoing heritage. They've taken stock of this for their upcoming 19th birthday weekend, inviting a suitably fitting cast of artists to play their Saturday through Monday 30-hour marathon.
The club's prized residents Craig Richards and Terry Francis are an intrinsic part of their history, and like every one of their previous anniversary dates, both will be appearing across the weekend. Also joining them are French masters of groove, Apollonia. Dan Ghenacia, Dyed Soundorom and Shonky have brought a thrilling energy to Farringdon for a number of years, and will perform both individually and as a back-to-back trio. One of the Perlon camp's staple artists, Sonja Moonear will also be in tow to deliver a serving of high-grade minimalism. UK favourites Joy Orbison and Saoirse will both land, showcasing their refined and often wildly eclectic tastes. DVS1 prepares to play two sets, focussing on both the techno and lesser-heard house end of his collection. Rounding off the tougher end of our musical spectrum, Dax J is set to bring his hard-hitting sound alongside one of the club's most regular guests, Jay Clarke.
This peerless list of artists will appear across 30 hours of non-stop music, with much, much more still to come.
Pre-release tickets go on sale at 12pm on Tuesday 31st July. Sign up for access: fabricldn.co/8grxoh