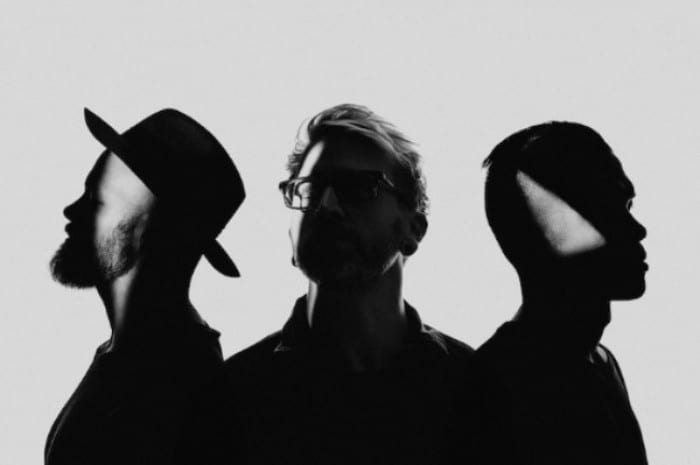 Electronic music group The Glitch Mob and TheWaveVR, the creator of the world’s first social virtual reality (VR) music platform, have launched a VR experience featuring the band’s third studio album ‘See Without Eyes’ that takes users on a VR odyssey of shifting dreamscapes choreographed to a 20-minute custom mix of the album. The free show is available today to any Oculus Rift or HTC Vive VR headset owner through TheWaveVR’s app, available globally on the Oculus Store and Steam, as well as TheWaveVR Facebook page.

As users fly through several environments within TheWaveVR based on the album’s visual accompaniment produced by Strangeloop Studios, they can interact with each other as well as become part of the visuals.

“We are excited to present the ‘See Without Eyes’ VR experience in partnership with TheWaveVR and Strangeloop Studios,” said The Glitch Mob. “This is a completely new way to experience music. We cannot wait for you all to take this journey with us.”

Globally renowned trio, Boreta (Justin Boreta), edIT (Ed Ma) and Ooah (Joshua Mayer) – alias The Glitch Mob – are no strangers to creating new and innovative sounds that depict their musical evolution. Ever since the release of their 2011 debut album ‘Drink The Sea’, The Glitch Mob have continuously proven to be masters of their craft. Their signature glitch-electronica sound expanded the guidelines of electronic music production and pegged them as one of the most unique acts in the dance music realm.

2018 has been a massive year for the LA-based bandmates. Their profound passion for combining visual art, technology and music led them to design a custom stage that merged the three into one instrument, the Blade 2.0. Their third studio album, ‘See Without Eyes’, landed them the #1 spot on the Billboard Dance/Electronic Albums chart for two consecutive weeks. In addition to being one of the most anticipated electronic albums of the year, ‘See Without Eyes’ has officially been deemed one of the band’s most successful studio albums to date, taking a spot on Billboard's '50 Best Albums of 2018 (So Far)'.

“Imagine being able to fly through fantastical dreamscapes made from The Glitch Mob’s music alongside your friends- or meet people from around the world,” said TheWaveVR CEO and co-founder Adam Arrigo. “In The Glitch Mob VR experience, players literally embody the cosmos while they create parts of the light show as the audience. Part concert, part film, part rave, part art installation, the only way to understand it is to put on the headset and take the trip.”

For more information on TheWaveVR, visit http://thewavevr.com/. You can also follow the company on Facebook and Twitter. For additional information on The Glitch Mob, please visit http://www.theglitchmob.com/ where fans can purchase music, merchandise & tickets for all upcoming shows, including their just announced 2018 Fall Tour.