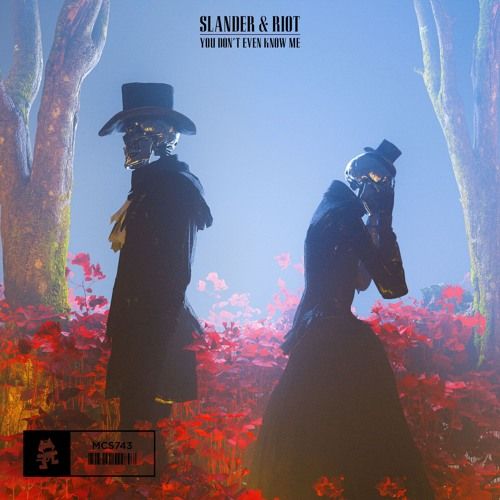 SLANDER has some big news – the bass duo and Dylan Matthew unveiled their newest collaboration in the form of the emotionally stirring track "Hate Being Alone," which coincides with the release of their full "The Headbangers Ball" EP out now on Monstercat. "Hate Being Alone" completes the diverse trifecta that is comprised of their recently released "Running To You" with Spag Heddy (ft. Elle Vee) and "You Don't Even Know Me" with Riot. This time, SLANDER uses organic and dreamy instrumentals complemented by Matthew’s vocals to open to the track, building a sense of angst through the heartfelt lyrics that culminates in the stabbing synths and heavy percussion of the drop. With the recent launch of their Gud Vibrations record label, alongside NGHTMRE, and a slew of hit tracks under their belt, SLANDER’s 2018 has been nothing but monumental. The duo will kick off the new year on January 11th with two nights of shows at the legendary Hollywood Palladium. Get your tickets here before they're completely sold out!

After building a mint name for themselves through jaw-dropping original productions and massive collaborations with NGHTMRE, SLANDER has recently added "label heads" to their resume. The LA-based duo recently turned their popular Gud Vibrations brand into an official record label with good friend NGHTMRE, ensuring their legions of fans that their famous good vibes are only getting started. Attesting to their dynamic nature as artists, SLANDER recently released two notable tracks with vastly different sounds: "First Time" with Seven Lions and Dabin, "Kneel Before Me" with Crankdat featuring heavy metal band Asking Alexandria. They are also in the midst of headlining their "The Headbangers Ball" North American tour, hitting major cities like Las Vegas, Washington D.C., Miami, Houston, and Chicago and taking over festivals like Ultra Mexico and Holy Ship 12.0. Catch SLANDER in a city near you this winter!