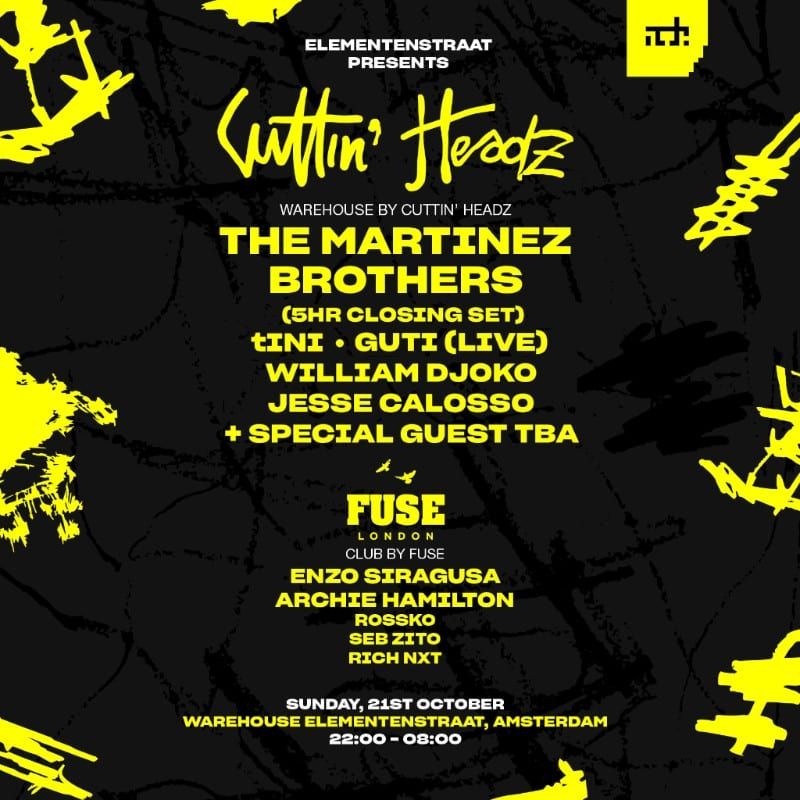 Parties at the hallowed Warehouse Elementenstraat are always among the highlights at Amsterdam Dance Event. This year looks no different as the masterful Martinez Brothers bring the sounds of their Cuttin’ Headz label to the venue alongside the much-loved FUSE London crew on Sunday 21st October for one huge closing party.

In the cavernous main Warehouse room, Cuttin’ Headz holds court with a breathtaking five-hour set from The Martinez Brothers, with a special secret guest joining them along the way. tiNI, Guti’s live show William Djoko, and Jesse Calosso complete this formidable line-up and are sure to have the crowd moving from the very first beat to the last.

In the Club room, FUSE London will show why they have become one of the most popular names in the house and techno scene in recent years, with main man and selector supreme Enzo Siragusa joined by residents Archie Hamilton, Rossko, Seb Zito and Rich Nxt.

With its roots as one of the city’s first illicit warehouse rave venues in the acid house era, Elementenstraat is filled with history and always provides an incredible night out. Running through until 8AM, this party is the perfect way to draw ADE to a close.