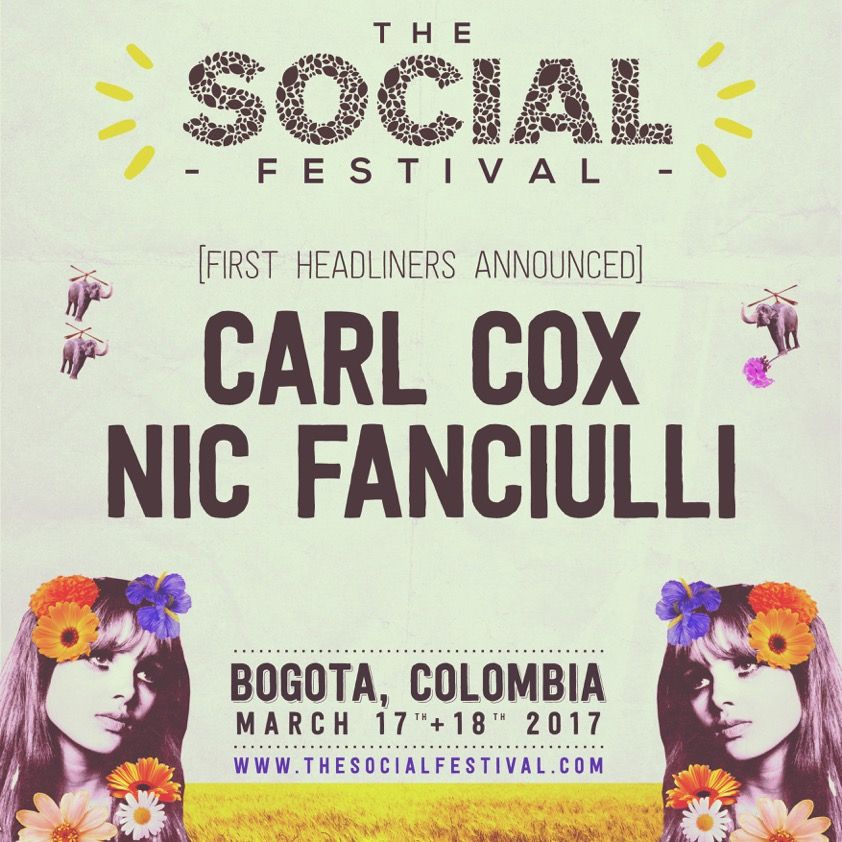 The #1 boutique festival in the UK, Nic Fanciulli’s The Social confirms intercontinental chapter, with new editions on March 17th and 18th 2017 in Mexico and Colombia.

Set to play host to a carefully-curated selection of world-leading house & techno legends, The Social’s Latin American editions will replicate the love put into Nic’s flagship Kent based event. Founder and Saved Records’ head Nic Fanciulli, along with techno icon Carl Cox, are among the first names confirmed to play the Colombian installment. Having played together at SPACE Ibiza’s final fiesta in what was the most memorable closing set of the decade, Nic and Carl are great friends and perfectly encapsulate The Social’s family ethos and discerning booking policy.

With a focus on bringing together like-minded individuals with a shared passion for electronic music, the festivals will shine a light on Latin America’s flourishing and vivacious dance music scene and culture. 2017 looks set to introduce The Social to a new Latin American audience too, as a standout name on the global festival circuit.

More information and additions to be announced in the coming weeks.