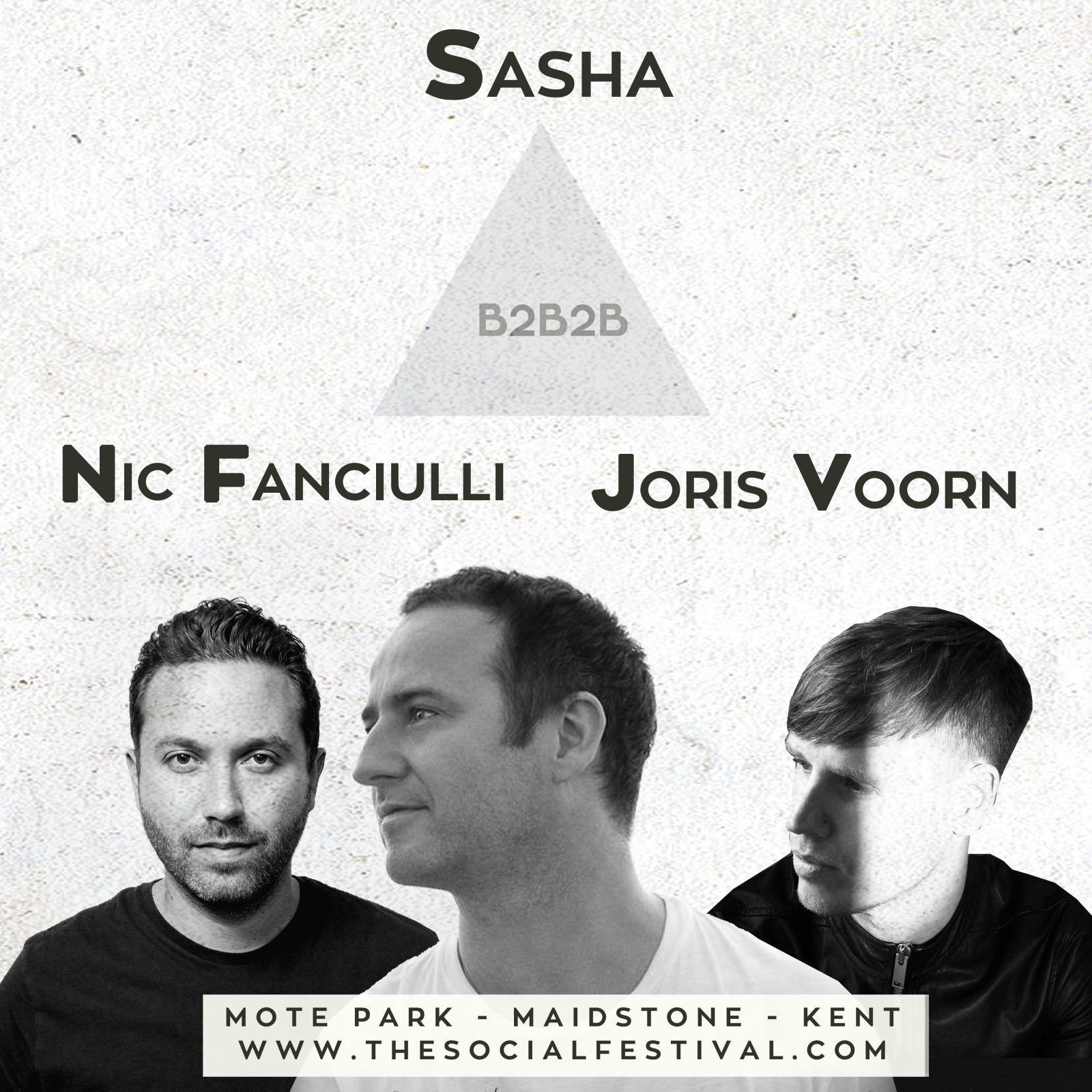 With just over 6 weeks to go, The Social can now reveal that iconic DJ and producer Sasha will be joining Nic Fanciulli and Joris Voorn in a world exclusive back-to-back-to-back performance at this year’s festival.

Already scheduled to play the festival’s Meadow stage, Sasha’s collaboration with the Saved and Rejected bosses – whose party concept La Familia has now entered its second year at Ushuaïa Ibiza – is set to deliver two hours of all-encompassing house and techno. With the trio renowned for their unrivalled talent as solo DJ’s in their own right, they’ve each frequented the decks at some of the best clubs and festivals around the world – such as OFF Sonar, Ultra Europe, Parklife and more, but their back-to-back-to-back performance at The Social will be the first appearance of this kind.

Having recently announced Four Tet and No Artificial Colours to the line-up, further names for the 2015 edition include techno stalwart Marco Carola, as well as Seth Troxler, Jamie Jones, George Fitzgerald, Paco Osuna, Jackmaster and many more. With tickets now on 3rd release and a limited amount of VIP packages remaining, The Social 2015 promises to be the biggest and best yet.