Krafty Kuts & Dynamite MC - The War Is Over 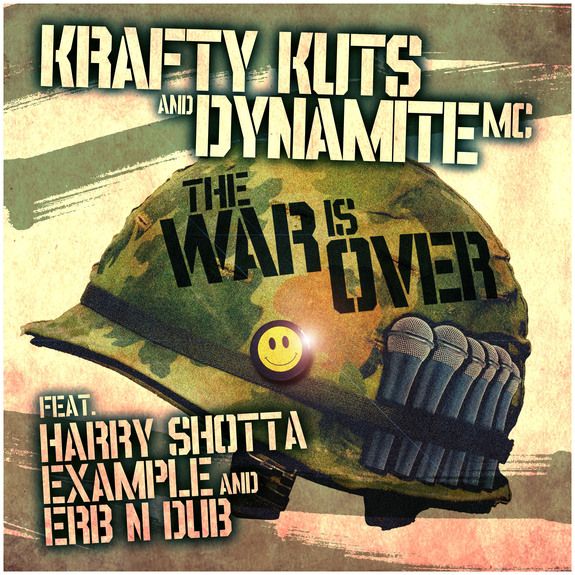 Krafty Kuts & Dynamite MC - The War Is Over

Krafty Kuts, a name synonymous with some of the finest cuts and mixes in bass, funk and hip-hop, has dropped the first track from his forthcoming album with Dynamite MC, set for release in Spring next year. ‘War Is Over’ marks the duo's debut release on Central Station Records after inking a new worldwide deal with them earlier this year. ‘War Is Over’ is available to stream and download below:

‘War Is Over’ is a hard-hitting bass record with bars from Dynamite, Harry Shotta and Example. Shotta – who broke the world record last year for the most words rapped in a song (dethroning Eminem in the process) – showcases his talents once again with impossibly fast rhymes. Laying claim to multiple UK No.1 records, Example also weighs in on proceedings and, together with Dynamite MC, graces Krafty's production with their neatly crafted lyrics.

Accompanying the release, the King of Breaks and Dynamite have also dropped an official music video, out now via tastemaker channel SBTV. Produced and directed by Example, who has taken a keen interest in the project, and with tongue-in-cheek political references, the video gives the track further depth and spectacle.

Boasting a resume that’s second to none, with two award-winning solo albums, countless EPs and remixes on a myriad of labels from OWSLA to Southern Fried, as well as heading up his own imprint 'Against The Grain', during his 15 year career Krafty Kuts has established himself as one of Britain's most coveted producers and turntablists. Currently on tour with Dynamite MC in Australia, with fans in every corner of the world, Krafty is no stranger to playing far flung festivals and events, and the title of his upcoming album is a nod to the Brighton-born legend’s incredible global reach. Krafty and Dynamite's first joint album, 'All 4 Corners' is primed for release in Spring 2017, and will include a host of major collaborations.