Jauz - The Wise and The Wicked 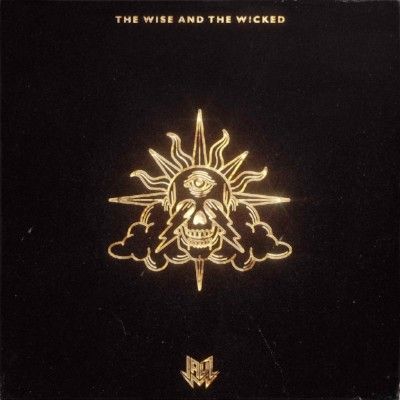 Jauz - The Wise and The Wicked

American DJ and producer Jauz unveils his mighty 23-track concept album, The Wise and The Wicked, out now via his label, ‘Bite This’.

Made up of four separate chapters, the concept album looks to fuse the versatility of Jauz (real name Sam Vogel)’s dynamic diversity as a producer. He explains, “When I’m writing music, half of my brain wants to write fun, crazy bangers for parties. This is represented by ‘The Wicked.’ The other half of the time I want to write emotional, intelligent, experimental music that feeds the “inner artist” in myself, which is represented by ‘The Wise.’ The middle ground, is a blend of the melodic, emotional parts of my music paired with high energy drops and climaxes, is represented by ‘The United’.”

An eclectic album packed with varied styles, including chilled trap, future garage, and aggressive dubstep,The Wise and The Wicked includes collaborations with the likes of Kiiara, Example, and ‘Pardon My French’ star, DJ Snake, who Jauz hails for his brotherly mentality, adding, “Snake has given me inspiration since day one. He talks to me, and mentors me when I’m stuck.”

Not stopping there, the album features previous singles ‘Keep The Rave Alive’, ‘In The Zone’ and‘Diamonds’. The Wise and The Wicked follows 2017’s ‘Off The Deep End Volume One’ EP and also includes Adventure Club collaboration ‘Frequency’, with Jauz commenting, “I’ve known Adventure Club for 7 years. They gave me my first chance in the industry so I’m super pleased to have them join me on the album!”

Set across a dystopian future, the narrative of The Wise and The Wicked follows the tale of two sides of society trapped in an apocalyptic world, with the Californian DJ announcing his intention to split his creative personality across both sides during future sets.

“Right now, a Jauz set is ‘The United’, it’s that mix of both sides, music full of emotion,” he adds. “But in future, I definitely want to perform ‘The Wicked’ sets, a kind of underground bunker for rave music, and then also only ‘The Wise’ sets. The real goal is to have these three personalities that I can combine.”

Having carved a reputation as one of dance music’s most exciting and innovative acts, Jauz has elevated himself to the summit of the bass sub-genre in recent years. His top tier productions have caught the eye of artist heavyweights including Skrillex and Diplo, with the latter signing his anthem ‘Feel The Volume’to his esteemed ‘Mad Decent’ label in 2014, surging over 12 million Spotify streams in the process.

Serving as an aural embodiment for the rich sounds which have made Jauz such a popular and personable sensation within the dance music industry over the past few years, The Wise and The Wicked demonstrates the polar opposites of Jauz’s brilliantly diverse sound and is the eclectic soundtrack to the next chapter in his music career.