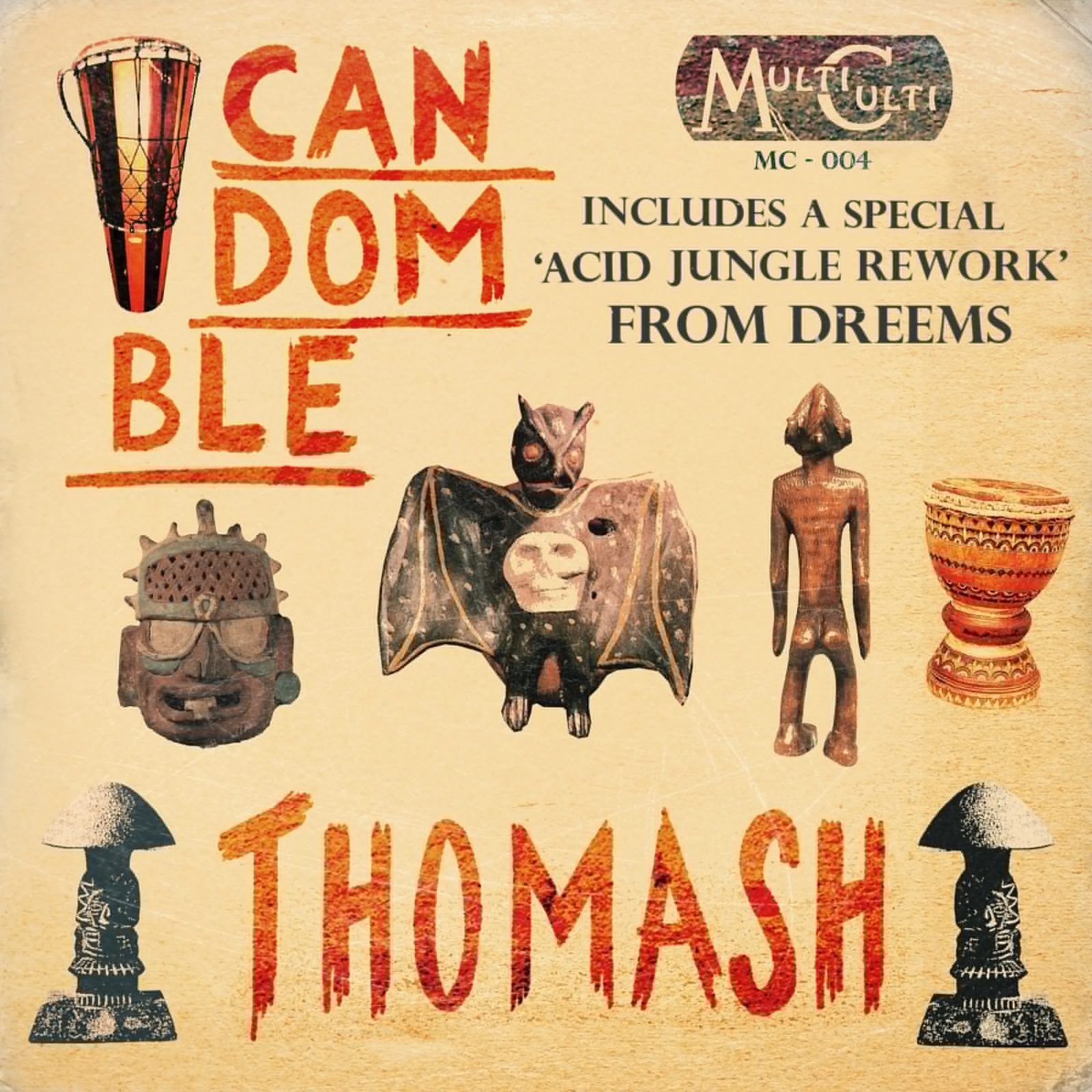 DJ Thomash has set up one of the most influential nights in the bazooming Brazilian scene with his Voodoohop party, a fusion of tropical hedonism and avant-garde trance-inducing European electronic music, a lively mix that no doubt has its genesis in his transplanted German roots (he’s from Cologne aka Kompakt-ville). He’s shared the stage with guys like Rebolledo, Joakim, Acid Pauli and more, and now finally looks to colonize the world with his first release.

Interestingly, Thomash has a degree in artificial intelligence, so while it might just be our imagination, it does seem that the rhythms, full of oddly tuned percussion and colorful synth stabs seem imbued with a distinct internal logic, playful forms that bounce off each other in their own reality, according to their own laws. This narrative of the ethnoid, German-Brazilian AI ties in nicely with the title: Candomble is the name of an Afro-Brazilian religion, meaning literally ‘dance in honour of the gods.’ Fortunately for us, Thomash seems to be honouring some scarcely acknowledged, far-out deities… spritely DMT-elves. Ectoplasma further plays into this reading, both in title and in vibe, floating unconcerned with material dancefloor goals into a space of peaceful imagination and spirit. Finally, Calango Fumando Palha is a soft, dreamy morning peyote-fire anthem… a healing latin lullaby to soothe troubles and set positive vibes free.

Called in to take us deeper into the trip are Multi Culti’s go-to sooth-sayers DREEMS, who lead us forwards in full-chakra-alignment with the originals, bringing bigger bass into the heart of the jungle, tripping on acid, leaving us loose-limbed, wide-eyed, and open-minded in bliss as the final chords tuck us in and kiss us goodnight. Sweet Dreems!