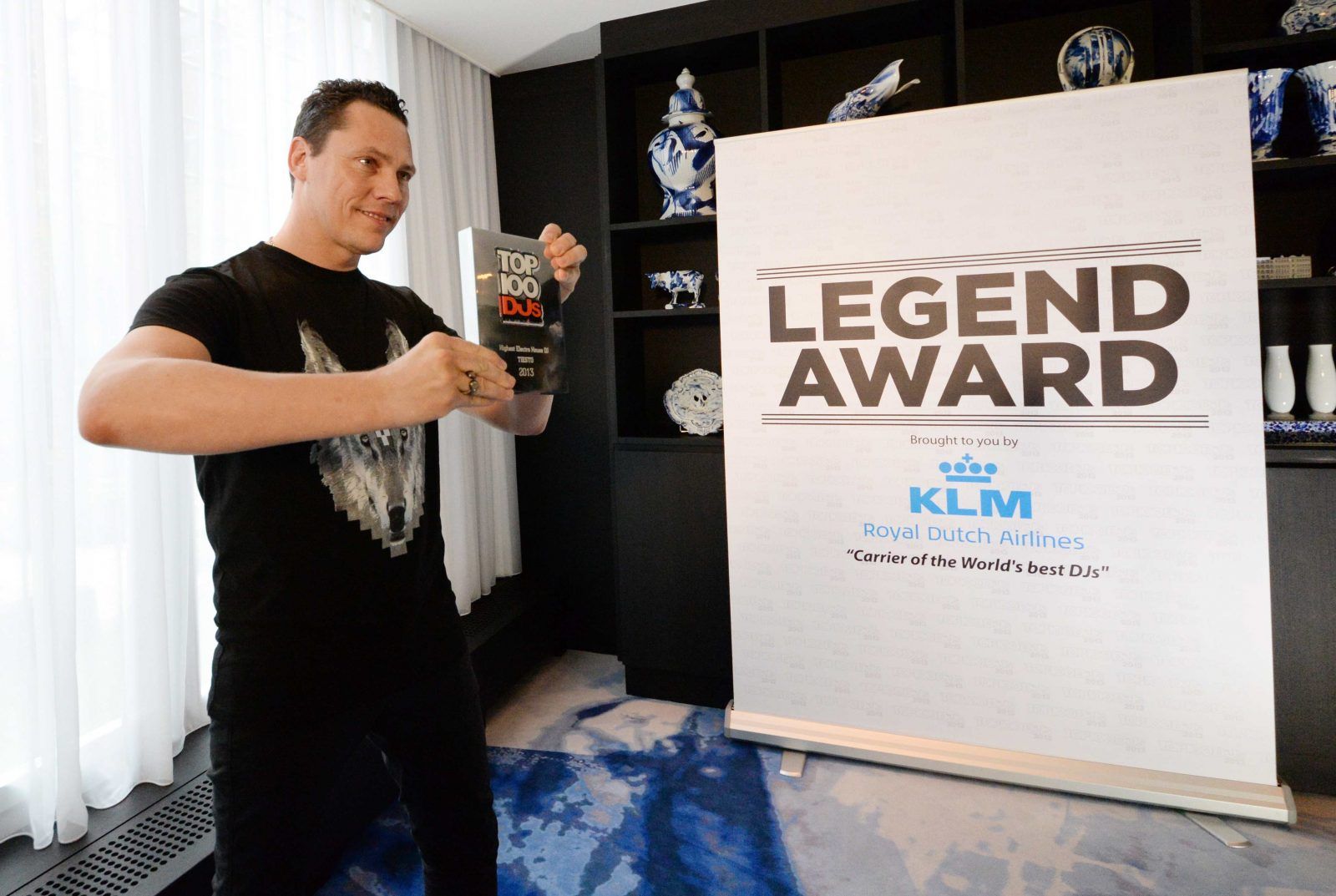 In the DJ Mag Top 100 Poll’s 20th year, the Dutch superstar, Tiësto, has been awarded the inaugural Top 100 DJs Legend Award brought to you by KLM, carrier of the world’s best DJs.

KLM recognises that Dutch music pioneers including Armin van Buuren, Tiësto, Hardwell, Nicky Romero, Sunnery James and Ryan Marciano, plus promoters like ID&T and labels like Armada, have flown around the world multiple times, setting international standards within the electronic music scene. As a big supporter of the pioneering Dutch spirit and a carrier of ‘Dutch pride’, presenting a historical award like this was a natural fit to KLM, particularly as the awards are in the company’s hometown and that 2013 is the 25th anniversary of the Dutch dance music industry. Watch the highlights of the award ceremony at the Amsterdam Music Festival on http://music.klm.com.

Internationally revered DJ and producer Tiësto continues to transcend genres with his world-leading sound. Currently undertaking a residency at the renowned Hakkasan in Las Vegas, which is set to continue well in to next year, Tiësto will be embarking on the ‘Greater Than’ UK tour with Calvin Harris in December. He is also currently working on a new artist album, which is due to drop in 2014.

In celebration of winning the award, he has also shared a brand new track called ‘iTrance’ as a thank you to his fans for their continued support.

TIËSTO SAID:
“Over the years, DJ’ing has taken me to so many places around the world that I never imagined I’d visit and I’ve met so many beautiful people along the way. However, my career as a DJ started not too far away from Amsterdam in my hometown of Breda so it is an incredible honour to win the “KLM Legend Award” at home in front of my family, friends, colleagues and fans. Thank you very much to everyone who voted”

The Top 100 DJs Poll powered by Trackitdown is a publicly voted open poll. It inspires fierce debate all year round with speculation on the world’s top DJ, new entries and biggest climbers, dominating online discussion and beyond. 2013’s edition saw votes from approximately 750,000 people, making it the biggest music poll in the world.