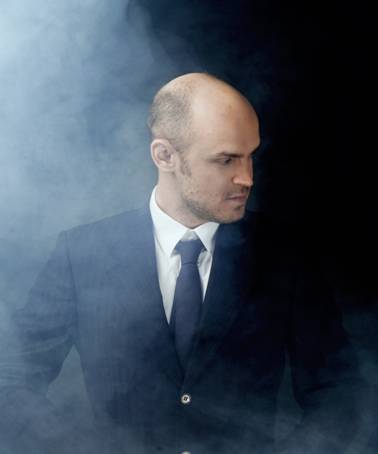 24th March marks the release of the stunning debut album by Paris-born London resident Tim Paris – best known currently as one half of It’s a Fine Line with Ivan Smagghe, and as a respected underground figure with releases on leading labels including Young Turks, Kompakt, Moshi Moshi, PIAS, Items&Things, Soma, F Communications, Souvenir and Eskimo.

‘Dancers’’ deft production values are indicative of hands that’ve spent years honing their craft. Tim is audibly in completely control of the end result, and knows exactly where to apply studio sheen, and when to keep it raw.

A highly-collaborative affair, ‘Dancers’ features a host of guests, including Ben Shemie from the Secretly Canadian band SUUNS, Georg Levin (one half of Wahoo with house hero Dixon),  and the fabulously monikered  Sex Judas (with whom Tim has been a fellow roster member of the  Marketing Music imprint).

Other artists featured are the i-D magazine-rated Forrest (who’s released rated tracks with 2020Vision, Mobilee and Visionquest), Colo Soild (who’s also in Parallel Dance Ensemble with Robin Hannibal (from the revered duo Owusu & Hannibal), plus British composer Rupert Cross (whose work has been performed by Jarvis Cocker, Marianne Faithful and the London Sinfonietta).

Similarly emotive and chilly is the slo-mo house groove of ‘Outback, Stones & Vinyl’, which wouldn’t sound out of place in an Andrew Weatherall set, whilst ‘Disco Eclipse’ sounds like a lost Aux 88 or Model 500 classic, unearthed from a cabinet of curiosities and covered in dust.

A hugely assured and bang-on-the-money foray into the world of longplayers, ‘Dancers’ draws on  decades of in-deep record collecting and expertise in commanding discerning dancefloors. It  creates something original and captivating, that is way more than the sum of its impeccable influences.