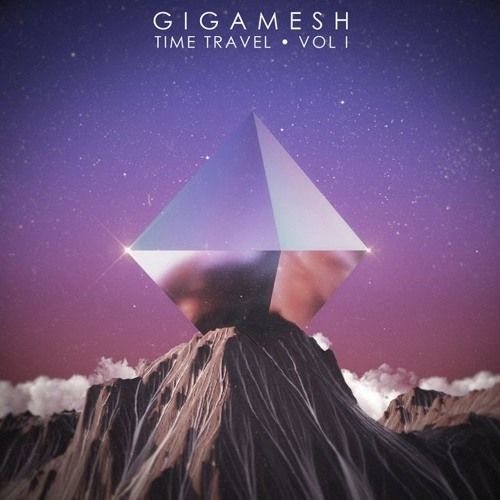 LA-based dance music aficionado, Gigamesh, today releases the first half of his debut album, 'Time Travel'. His most diverse effort yet, Gigamesh combines indie-electronic with cutting edge house, pushing the boundaries of modern dance music, and expanding upon his timeless sound.

Already world renowned for his ever-expanding catalogue of viral remixes and timeless originals, the Minneapolis native is striding into his debut album release, 'Time Travel', off the success of his lead single 'History'. Premiered via Mixmag, 'History' is exemplary of Masurka's polished production and Damon C. Scott's vocal versatility.

Volume I is opened with 'My Future is Your Future', a soon-to-be party anthem. Featuring soulful vocal cuts and Gigamesh's signature synth-pop style, the track takes listeners on a pensive, yet funky ride. 'Slow Love' featuring Caroline Smith follows a similar vibe, but with an arpeggiated touch. The track's classic disco aesthetic blends perfectly with Smith's vocals, creating one of the most uplifting tracks of the volume.

'I'd Do It Again' features Gavin Turek, and is the most house-oriented track on the volume. As the chorus rolls around, big open chords overlay a deep funky bass line, while a catchy verse strings everything neatly together.

'So Long', the final effort on the album, showcases the musical maturity present in this first volume. Although featuring classic elements such as synth pads and basic dance music structure, the track is an evolution of Gigamesh’s original sound, utilising half-timed drops and modern vocal effects.

With Volume II of 'Time Travel' coming soon, as well as a comprehensive remix package of several songs on the album, Gigamesh is set to continue his domination in dance.