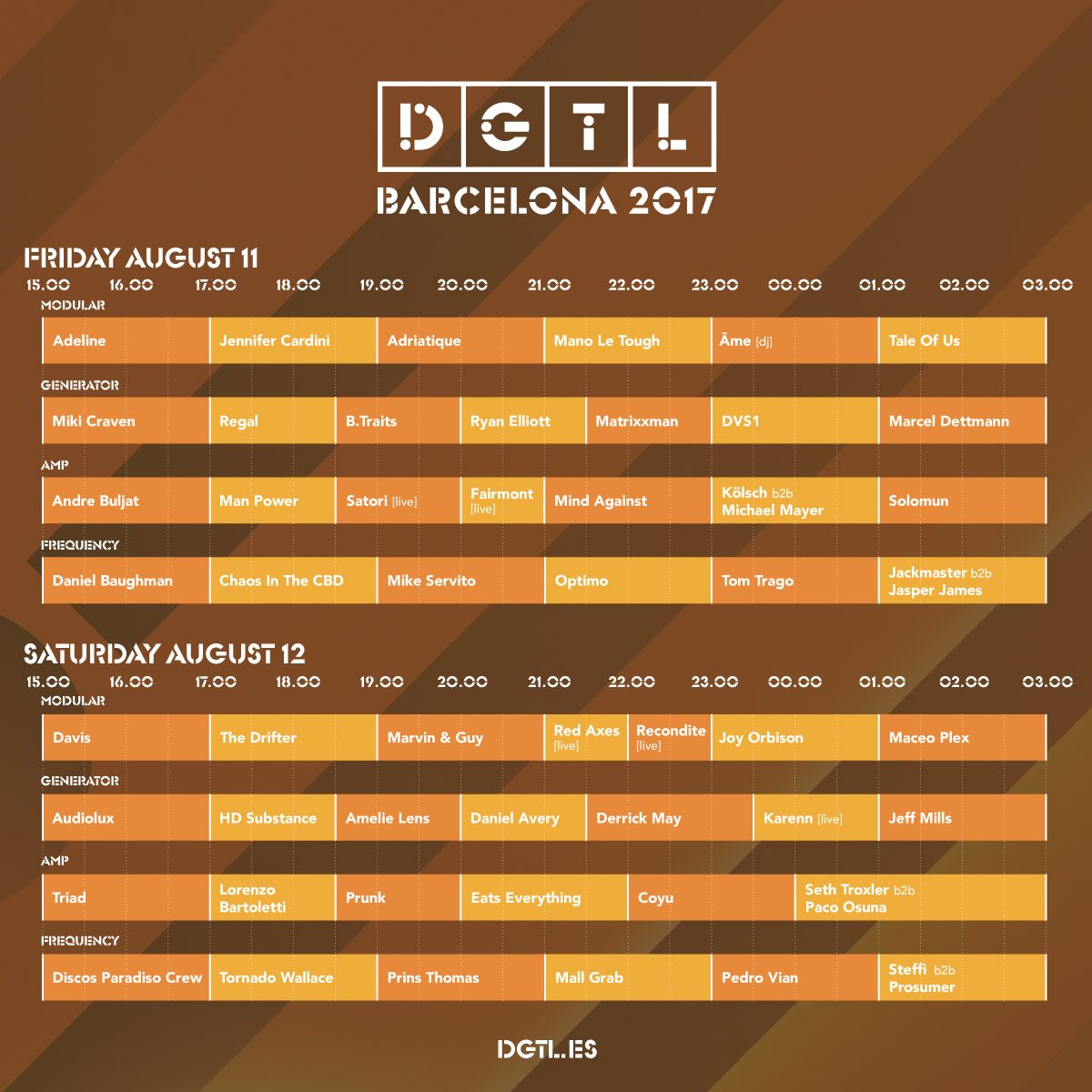 After unveiling the complete program and distribution by stages, it is time to share the schedule for the artists’ performances. Next August 11 and 12, the futuristic project that is DGTL willdrown the Parc del Fòrum in music, art and revolution. After unveiling the completeprogram with headliners such as Jeff Mills, Solomun, Maceo Plex and more, it is time toshare the time schedule for the artists’ performances.

The festival, faithful to its particular industrial aesthetic, has taken the design of a modular synthesizer to name the four stages: Modular, Generator,Frequency and AMP. The almost 60 artists will be divided over the four stages as followed: