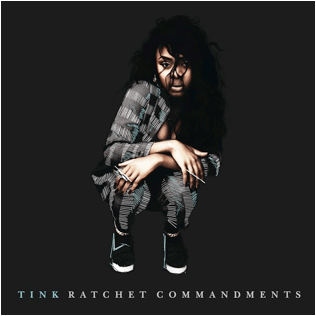 A mere 19 years old, Chicago-native TINK is already establishing herself as one of the hottest acts to watch in 2015. With her wise beyond her years, raw and earnest storytelling and undeniable flow, she has already garnered the support from industry heavy-weights including none other than super-producer Timbaland, who off the back of a fortuitous encounter in the studio with producer crew Da Internz, signed her to his imprint, Mosley Music Group.

Hot off the heels of single Around The Clock released at the end of last year, Ratchet Commandments is an anthology of advice for the female species, backed by buoyant beats from mentor Timbaland and culminating in a final verse that sees TINK spitting at full speed, before flipping the attention on the opposite sex, who too, can be just as ratchet.

Ratchet Commandments is an emphatic statement of things to come from this Chicagoan, whose debut LP is set to be one of the most anticipated and promising releases of 2015.