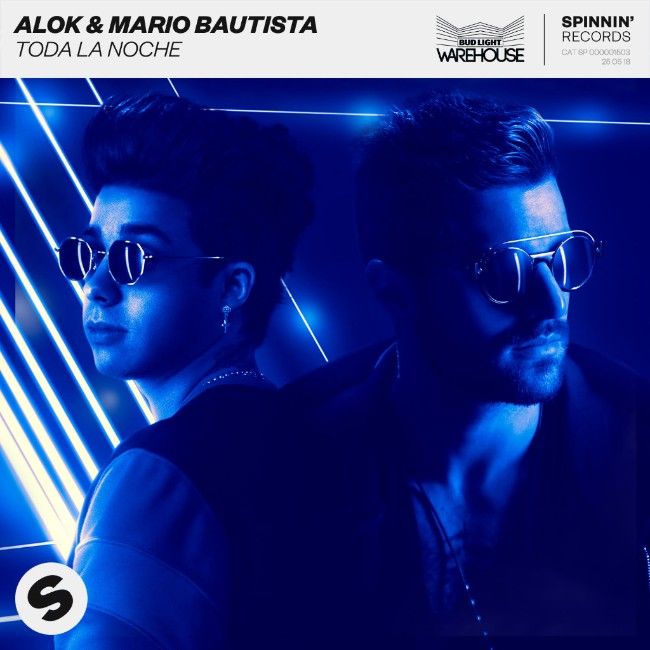 With his most recent hit ‘Ocean’ amassing over 10 million plays in just a matter of weeks on Spotify, Brazilian superstar DJ Alok has teamed up with Mexican vocalist Mario Bautista and Bud Light Mexico for a refreshing new single, ‘Toda La Noche’ – out now via Spinnin’ Records.

This collaboration came to fruition through Bud Light's invitation to Alok to be part of Bud Light Warehouse through their initiative, Hit makers. His musical collaboration with Mario Bautista displays the brand’s capability to detect and select emerging talent, both of which can be seen in their first video clip.

Bud Light Warehouse is an integral music platform aiming to contact consumers through a current and relevant model, offering the audience valuable content, contributing simultaneously to the shaping of the electronic music industry in Mexico.

A change in direction from his previous releases, ‘Toda La Noche’ is a Latin-infused creation, which bursts with flavour across its 3-minute duration. Combining Alok’s innate production abilities with Mario’s sensational vocals, the track has all the hallmarks of a summer hit single. Both radio & dance floor ready, this catchy creation will bring good vibes all over the globe with its infectious energy.

Alok is a force to be reckoned with, garnering over 8 million monthly listeners on Spotify and creating anthemic songs like ‘Hear Me Now’ and ‘Ocean’, which have travelled across the sonic sphere and touched people all over the world. Showing he is able to deliver music from all across the dance music spectrum with this new addition to his catalogue, Alok continues to captivate the dance music world with every move he makes.