Together & Disciples pres: The Following 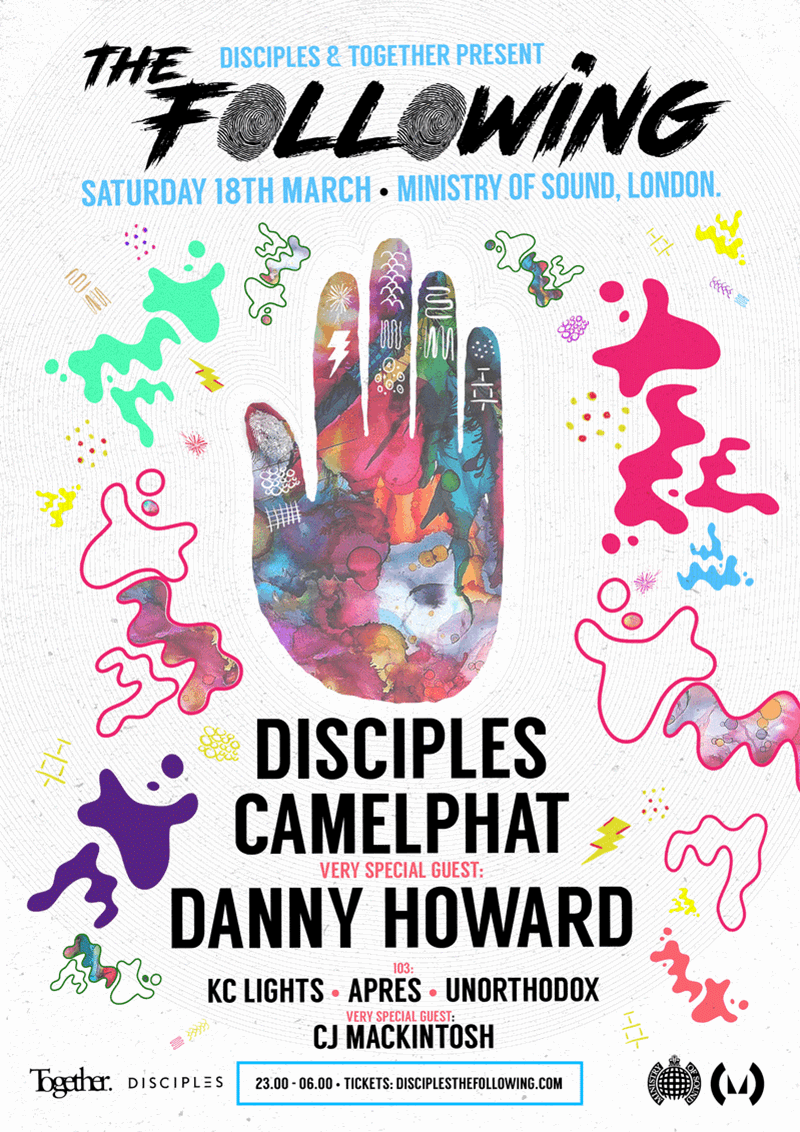 Together & Disciples pres: The Following

After a huge sell out show at Electric Brixton for NYE, Disciples are back with the next instalment of The Following here at Ministry of Sound, featuring a hand-picked a selection of the scene’s most prolific names to host what’s set to be another stormer!

There’s no doubt that Disciples have stamped their authority on the dance music scene. The last 24 months have seen the trio rise up the ranks in rapid fashion with standout appearances at the world’s leading festivals and best clubs. Notably, a series of shows at the world famous Amnesia Ibiza, under the Together banner saw them cement their status as a force to be reckoned with.