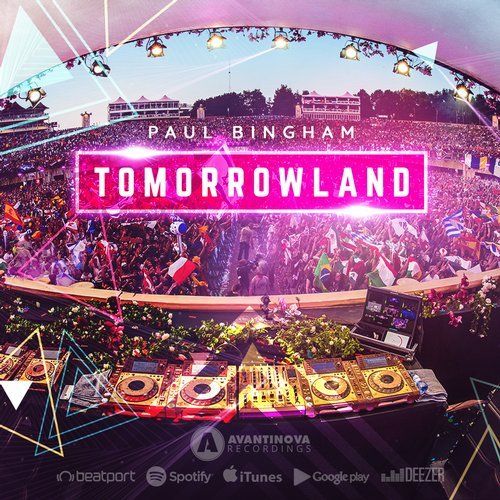 Paul Bingham returns to Avantinova Recordings with a tribute to the world’s largest festival; Tomorrowland. Bingham’s latest release, which shares the same name as the illustrious festival, is ready and has arrived just in time for the big event.

The track kicks off with gradually ascending synths, backed by double-tracked female vocals, before transitioning to the first drop, where listeners are met with low, pumping tonal kicks and layered synths. The second break takes a step back, creating a calmer, hands-in-the-air atmosphere, with a soft piano and warm pads underpropping the vocals. The following breakdown combines the vocals and leads to create a signature festival atmosphere before the second drop arrives. Switching things up, the second drop boasts a more Electro House influence with stereo-separated lead synths.

Paul has enjoyed the success of two recent singles charting on Beatport. His previous release, ‘Come Back Down‘, reached #26 on the Big Room chart, while his early-February release, ‘So Sick!‘ peaked at #17 on the Beatport Big Room chart and earned support from the likes of Chuckie, NERVO, Fedde Le Grand, Sick Individuals and Danny Avila.

Be sure to grab a copy of ‘Tomorrowland’ for your Radio Show or DJ sets here http://bit.ly/TomorrowlandPB