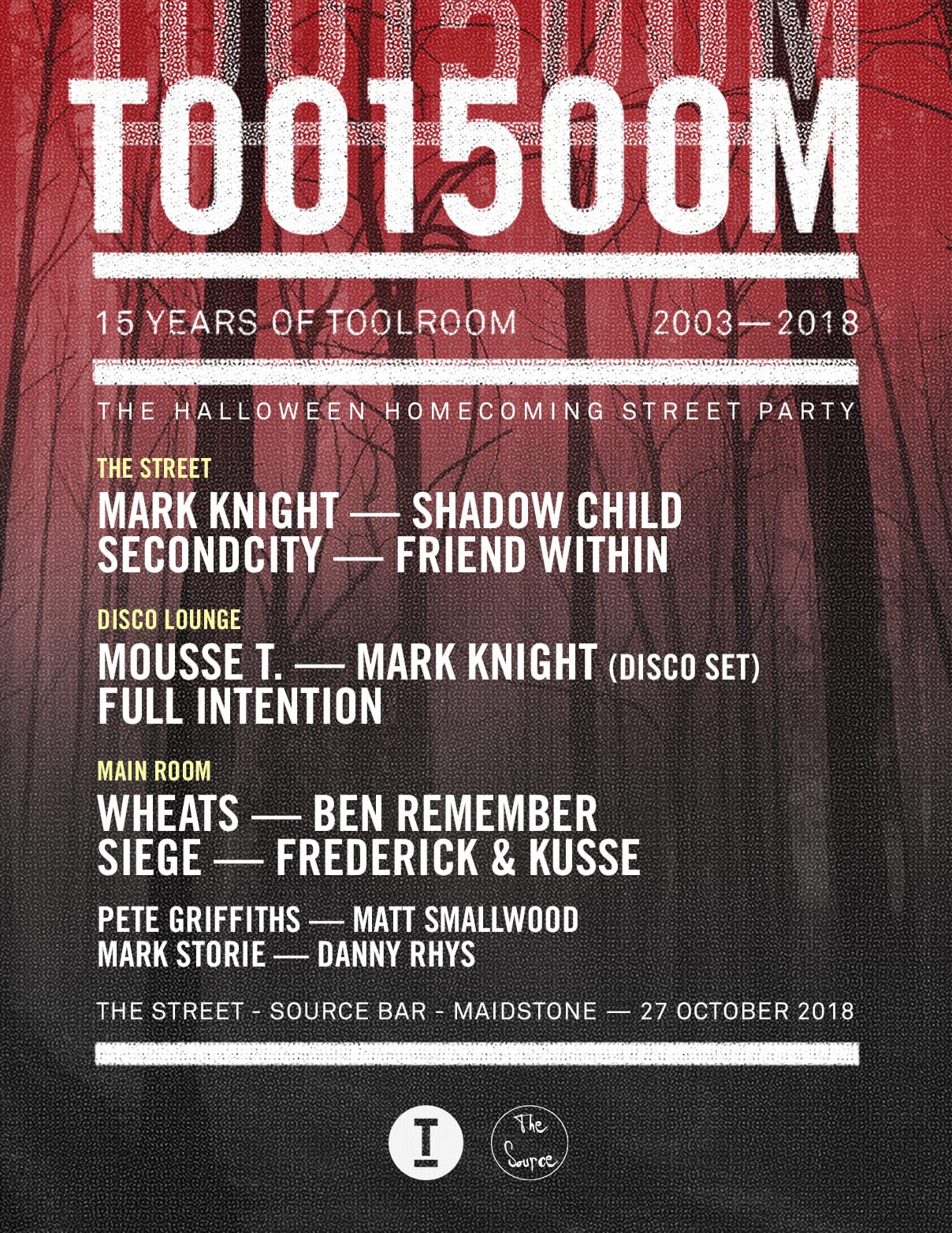 Several months and 15 parties after the Toolroom anniversary tour started back in April, the iconic label wraps up its celebrations with an extra date added for the UK’s South West crew.

Kicking off in Dublin earlier this year, the Toolroom 15 tour has already touched down in Bangkok Tokyo, New York, Los Angeles, Amsterdam London and many more cities and festivals. Now Mark Knight’s world-conquering label are bringing it back to where it all began, with an extra date at Maidstone’s Source Bar on Saturday 27 October.

The Halloween Homecoming Street Party boasts a quite exceptional line-up worthy of the final date on the tour. Mark Knight will be joined by Shadow Child, Secondcity, Mousse and Full Intention, alongside Toolroom favorites Wheats, Ben Remember and Siege across three areas, with Mark himself dropping a very special disco set in the Spirit Lounge.

Grab your scariest costume and join the rave!

In addition to the world tour, Toolroom celebrated its 15-year anniversary in 2018 with a huge 70 track compilation featuring some of the biggest names in dance music.

“This milestone is as much about us looking forward, as it is about us celebrating what we’ve achieved.  What’s so exciting is that after 15 years we’re at the top of our game – putting on parties across the world and nurturing new talent coming through the ranks. Toolroom 15 is about where we are now as a label, not where we have been. Here’s to the next 15 years together.” Mark Knight