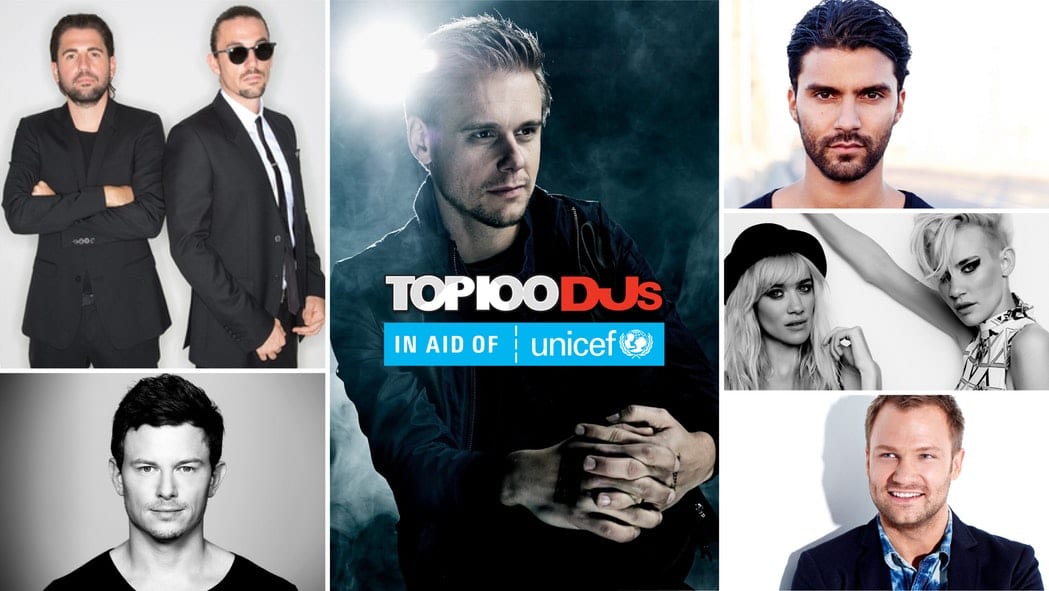 Each donation will be entered into a prize draw. The higher the donation, the more ‘tickets’ to the draw an entrant will receive.

DJ Mag’s Top 100 DJs Poll is the world's biggest publicly voted music poll – with over 1 million votes in 2016 – and the definitive annual guide to the world's most popular DJs. In 2016, Martin Garrix, the 20-year-old Dutch superstar, was voted the youngest ever No.1 DJ, and took the coveted top spot from 2015 winners, Dimitri Vegas & Like Mike.

Voting for the 2017 edition of the Top 100 DJs Poll opened on Wednesday 5th July and runs until Wednesday 13th September at 11.59pm BST. Dance music fans can cast their vote at www.top100djs.com. This year’s Top 100 DJs Poll has seen a record-breaking number of votes – over 400,000 within the first 3 weeks.

The Top 100 DJs Poll results will be announced at a special awards show during the Amsterdam Dance Event (ADE) in October (further details and the event date will be announced soon). The full reveal will take place across DJ Mag's digital and social channels on the same night, finishing with the unveiling of The World's No.1 DJ. The magazine will then issue the Top 100 DJs printedition on 25th October, featuring interviews with every single DJ in the poll. Further Top 100 DJs events will be revealed soon.

UNICEF, the global children’s organization, is the official charity beneficiary of Top 100 DJs 2017. UNICEF works in over 190 countries around the world to keep all children healthy, happy and safe. They ensure more of the world’s children are vaccinated, educated and protected than any other organisation. DJ Mag will use the Top 100 DJs 2017 events and awards ceremony to raise money forUNICEF. Further details on Top 100 DJs fundraising activities will be announced soon.

In addition to Facebook and Google, a custom login has been created to open the poll up to territories, without access to Facebook & Google, specifically those in Asia, one of the new frontiers of international club culture. The app is now translated into Russian, Chinese (simplified) and Japanese, in addition to seven other global languages. These changes will dramatically expand the reach of the poll and ensure it remains inclusive and globally representative.

“We would like to thank DJ Mag for supporting UNICEF through the 2017 Top 100 DJs poll. The money raised through working with this long-established cornerstone of the dance music calendar will have a great impact on the lives of children around the world. DJ Mag readers’ donations will help UNICEF to continue to protect children in danger and transform their lives. With your help, we can make the world a safer place for children.”

“We’re very excited to have UNICEF as the charity beneficiary of Top 100 DJs 2017. Both the Top 100 DJs and the dance music industry have grown immensely over the last 25 years. Over 1 million people voted in last year’s poll and with the continuing global expansion of electronic music, we feel that the time is right for us, as music fans, industry, and DJs, to give something back."