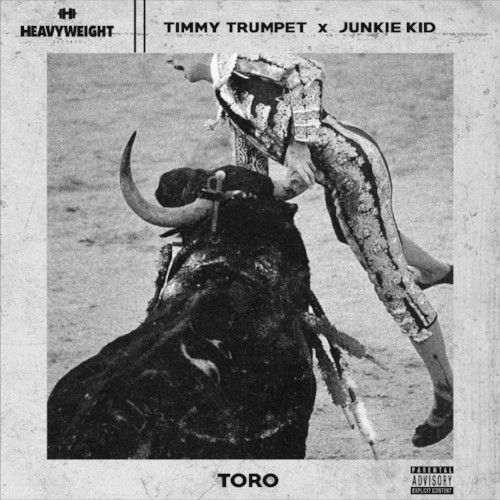 Australian-born, award-winning, multi platinum recording artist Timmy Trumpet teams up with Mexican born producer Junkie Kid to present ‘Toro’, out now via Heavyweight Records. ‘Toro’ features Timmy’s classically trained jazz talents to add a huge trumpet melody that takes this hardstyle record to another level. This record exemplifies every bit of flavor that we would expect fromCarnage’s own Heavyweight Records.

Festival goer’s at EDC Las Vegas last weekend witnessed a smash performance by Junkie Kid and Timmy Trumpet on the Wasteland Stage during which ‘Toro’ was premiered with a live mariachi band, sending the massive audience into frenzy.  For a glimpse of their performance check out the video content provided HERE.

More On Junkie Kid: At 16, Junkie Kid started to produce his own techno, trance, hardstyle, house and Dutch House tracks, but some years later he found his own sound with the track “Perfect” a combination of hardstyle with house and dark melodies he called “Neo-Hard House”. His talent got the attention of big dj's and he started to make collaborations with Sandro Silva“Miraj”, Carnage “Krakatoa”, and got signed by the big labels in the world“Spinnin Records”, “Musical Freedom”, “Mixmash Records”, Getting the top 10 of Beatport twice with the support of djs like: Tiesto, Hardwell, David Guetta, Afrojack, Chuckie, Dimitri Vegas & Like Mike and more.

More on Timmy Trumpet: DJ, producer and live instrumentalist – is undoubtedly one of the most unique performers currently ranked in the DJ Mag Top 100. An award-winning, multi-platinum selling recording artist, Timmy has forged his way into the epicenter of influential artists taking the world by storm. His breakthrough release 'Freaks' reigned in over 100 million plays on Spotify, reached five times platinum status in Australia, dominated the charts in ten countries, and became the highest selling track of all time on Ministry of Sound Australia.