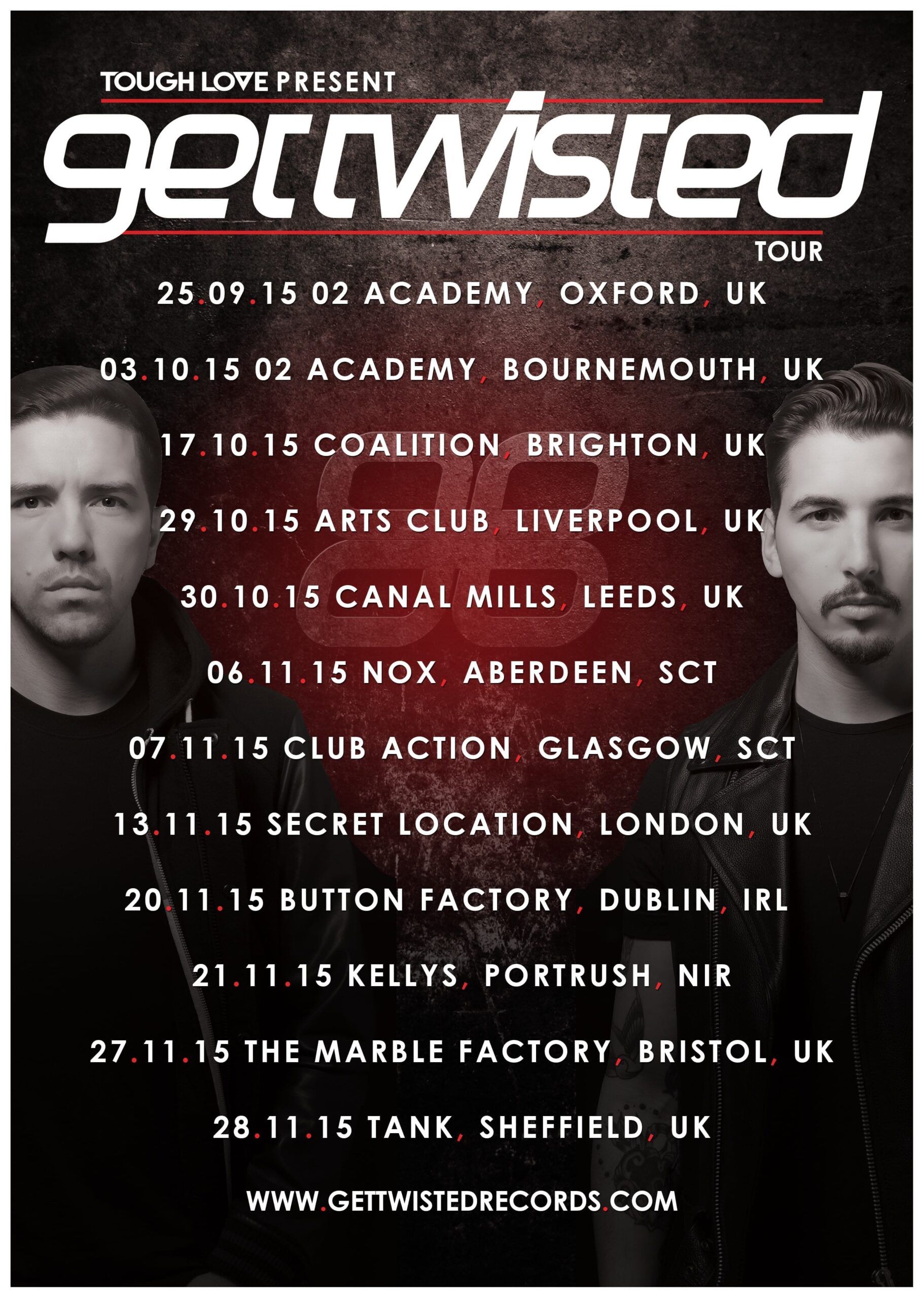 The widely acclaimed Tough Love duo of Stefan and Alex is proud to announce a debut Get Twisted label tour with 12 parties planned between September and November. The tour will take place across England, Scotland and Ireland’s most celebrated venues and will showcase the best in both established and emerging talent, all curated by Tough Love.

Get Twisted has already achieved a vast number of underground and crossover hits in both the UK and beyond so it’s of no surprise there is a high demand for Tough Love’s label after three sell out shows in London between 2014 and 2015. The Tough Love pair, known for cuts like their hit “So Freakin’ Tight” will play every event and will handpick label acts to join them.

If you know, you know, but if you don’t, then expect to hear everything from upfront club records to big baselines that will leave you with more than just a smile on your face.