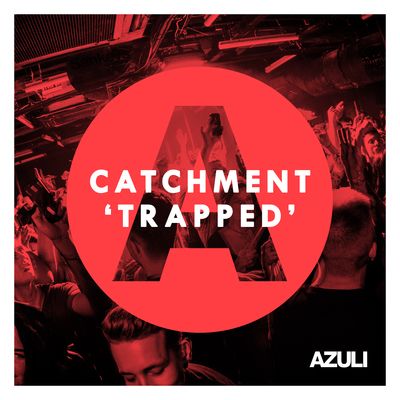 Catchment follow in the stylistic footsteps of acts like Gorgon City and Disclosure with this neatly packaged, nifty house song with plenty of euphoric moments. Chordal piano, a bouncing 4/4 beat and plush vocal harmonies combine to create a sparklingly fresh, upbeat house sound that’s bound to put a smile on your face.

The duo comprises of Alex Tyley and Chris Haggett; two producer/DJs from the South Coast who have been supported by the likes of Mistajam, Pete Tong, Monki, Mixmag, Sub Soul and Eton Messy. In 2015 their track ‘Feel It’ was selected as Annie Mac’s Free Music Monday, with releases on Fat! Records and Low Steppa’s Simma Red now followed up by this debut release from them on Azuli.

Being the longest running house label in the UK, Azuli knows how to spot the records that are going to connect on the dancefloor. ‘Trapped’ will resonate with the most upfront DJs and house heads, offering the perfect late summer sound.