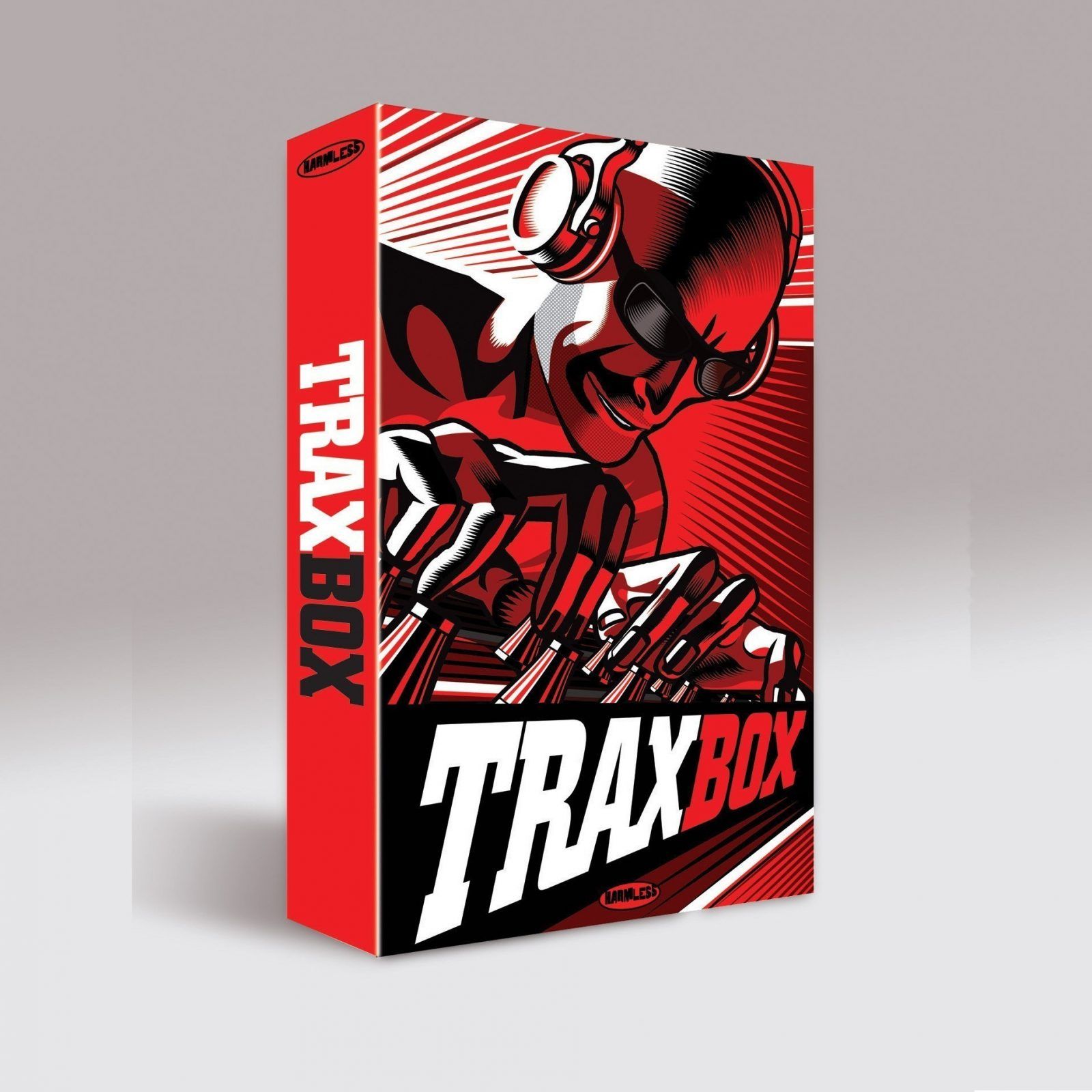 Trax Records is probably the most important house music label of all time. Created in Chicago in 1985, the independent imprint quickly became the go-to company for anyone who was making house music in Chicago from 1984 onwards.

Originally owned by the larger-than-life Larry Sherman and managed day to day by ‘Screamin’ Rachel Cain, Trax Records officially launched in 1985 with Le Noiz’s ‘Wanna Dance’ and crested the wave of both the house music and acid house scenes for the next 5 years, with a load of club hits and dance-floor smashes.

The label was renowned for its almost punk ethic of simply getting the releases out fast and furiously without much in the way of obvious design values or quality control. Their releases were generally pressed on recycled vinyl and housed in recycled card sleeves – in fact, it was not unusual to open the record and see bits of paper pressed into the vinyl and old printing on the inside of the sleeves! However, the operation perfectly suited the ethos of the music, the majority of which was often made on 4 track machines in numerous bedrooms before being tested at Chicago’s two main house clubs – Music Box via Ron Hardy and the Warehouse, where the legendary Frankie Knuckles ruled the decks. If the bedroom tape got the thumbs up from Ron and Frankie, then usually the aspiring producers would turn up at Trax the next morning and beg to get their productions on vinyl. The deals were probably not great but the lure of holding your own record seemed to override all other considerations. And thus dozens of new careers were hatched.

Traxbox is the most important retrospective analysis of Trax Records since the label began. There have been many Trax related compilations in the past, but nothing that even remotely approaches the sheer scale and comprehensive sweep of Traxbox.

Traxbox presents the first 75 Trax Record 12” releases in their entirety from TX101 to TX179 (4 numbers were never used) – both the A & B sides including ALL the mixes used from Trax TX101 Le Noiz in 1985 to Trax TX179 J.R.’s House Co in 1989, all housed in a beautiful heavyweight 16 x CD purpose-designed wallet together with a 100 page booklet, with everything  enshrouded within specially commissioned new artwork from cult artist Aidan Hughes.

All 75 12” releases have been extensively re-mastered and, in some cases, completely re-built in order to get all the original tracks to a decent degree of quality for the first time ever. Each individual 12” has been painstakingly re-mastered by experts, with all the original vinyl copies scrupulously supplied by renowned 12” collector and house music historian, Johnathan Woodliffe, for mastering comparison purposes and, in some cases, to supply the missing links in the Trax catalogue.

Bill Brewster – author of ‘Last Night A DJ Saved My Life’ and co-founder of the world’s foremost DJ forum, DJ History has supplied a comprehensive history of the label and specific write-ups on each individual 12” all of which has been combined with lots of rare scans, photos and archive material from this incredibly influential era.

Now, in 2013, the U.K. is witnessing something of a second house revolution where the influences of the original 80’s house recordings are now electrifying a new generation. Traxbox is the one-stop package for any aspiring producers to get their hands on the original recordings, but now comprehensively re-mastered to the ultimate degree. These recordings have never sounded so good.