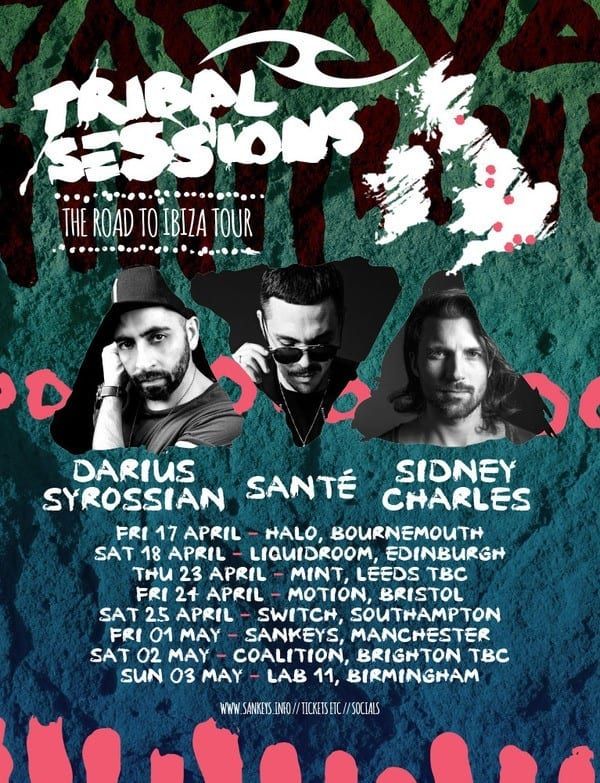 The tour will see them stop in the UK’s most celebrated party cities as they make their way down to Ibiza stopping off in London, Bristol, Southampton, Bournemouth, Brighton and more. Expect nothing less than the usual wall-to-wall party tunes and spontaneous b2b action you normally get from this trio!

Tribal Sessions has an incredible line up planned for this years season, which will take place in Ibiza every Tuesday from May to October, and Darius Syrossian, Santé & Sidney Charles play an integral part in shaping the musical direction of the night.

Also, make sure to keep a close eye on the artists’ social media accounts as free guestlist passes and other giveaways will be up for grabs as the tour unfolds.